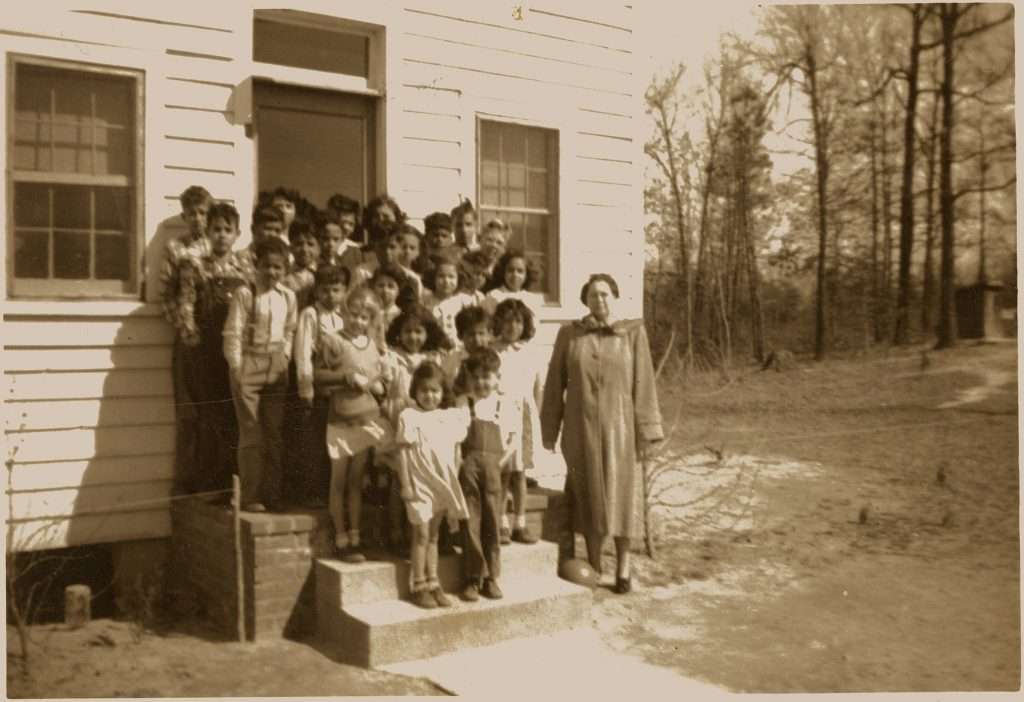 Andrew Washington Adams was born on July 21, 1905, in King William County, the second of six sons and fourth of twelve children of Jasper L. Adams and Mollie Wade Holmes Adams. He began his education in a private school and in 1919 was one of the first students to attend the tribe’s new Sharon Indian School. He worked on his father’s farm before going into the timber industry, cutting wood for the Chesapeake Corporation, one of the largest pulp mills in the Southeast. In 1941 he was drafted into the U.S. Army. Adams was stationed at Fort Benning, Georgia, and at Camp Blanding, Florida, before his discharge on September 2, 1945. 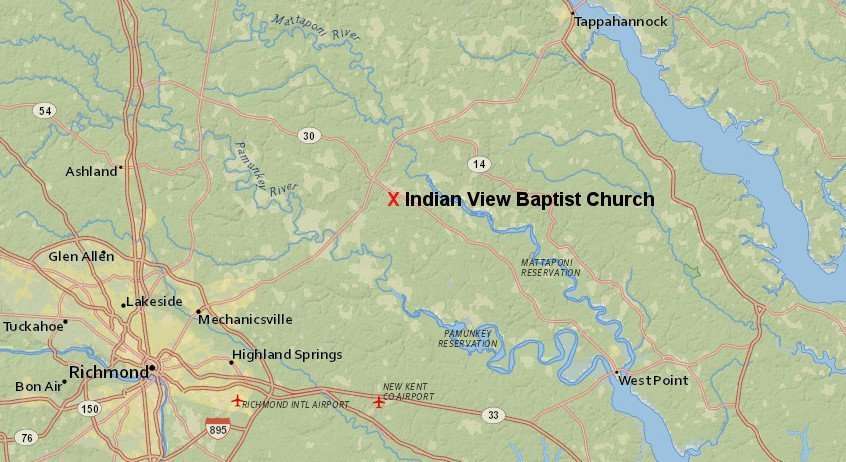 Current Location of the Upper Mattaponi

On October 13, 1945, Adams married Ocie Allmond, the daughter of Caroline Adams Allmond and William Thomas Allmond, a widow who lived on the Pamunkey reservation with her three-year-old son. Adams moved his new family to Philadelphia, Pennsylvania, where he worked as a mechanic until he retired in 1973. Both of his parents died that year, and Adams returned to Virginia. He was elected leader of the Upper Mattaponi in 1974, the office his father had held from 1923 until his death. Adams reformed the tribe’s governmental organization and on June 14, 1976, obtained a charter incorporating the Upper Mattaponi Indian Tribal Association. With the tribe’s legal ability to manage its affairs secured, he worked to improve educational opportunities for the children. Adams was also very active in the campaign to obtain formal recognition of the Upper Mattaponi as a distinct Virginia Indian tribe in order to enable it to participate in more federal Indian programs. The Virginia General Assembly adopted a joint resolution in February 1983 recognizing the Upper Mattaponi as a Virginia tribe. Unfortunately, Adams’s poor health kept him from the ceremony in the governor ‘s office in Richmond in March 1983 at which Governor Charles S. Robb signed the recognition papers.

Adams died in a Richmond nursing home on September 10, 1985, and was buried in the churchyard of Indian View Baptist Church in King William County.