Adams was born in Fredericksburg in 1926. As a child she moved with her mother and father to Chapel Hill, North Carolina, where her father had received a faculty appointment at the University of North Carolina. For the rest of her life, Adams would return to Virginia only briefly to visit and, from 1941 until 1943, to complete her last two years of high school at St. Catherine’s School in Richmond. Adams received her BA from Radcliffe College in Cambridge, Massachusetts, in 1946. Her marriage to Harvard graduate Mark Linenthal—later to become an English professor in California—ended in divorce in 1958, seven years after the birth of their only child, Peter. She lived most of her adult life in San Francisco, California, working at clerical and bookkeeping jobs to support herself and her son during the ten years before she became able to earn a living through her writing.

Although Adams’s life as a professional writer began in the mid-1960s with the publication to mixed reviews of her first novel, Careless Love (1966), and despite the publication of her stories in magazines such as Redbook and McCall’s, her career as a recognized literary artist did not begin until the 1969 publication of her story “Gift of Grass” by the New Yorker, a magazine that would publish more than twenty-five of her stories during the next thirty-five years. During her lifetime Adams’s stories and novels received numerous awards, including twenty-three O. Henry Awards (winning first prize six times and Adams’s sharing the honor of receiving an O. Henry lifetime achievement award with only John Updike and Joyce Carol Oates), three Best American Short Stories Awards, and an Academy and Institute Award in Literature from the American Academy and Institute of Arts and Letters. 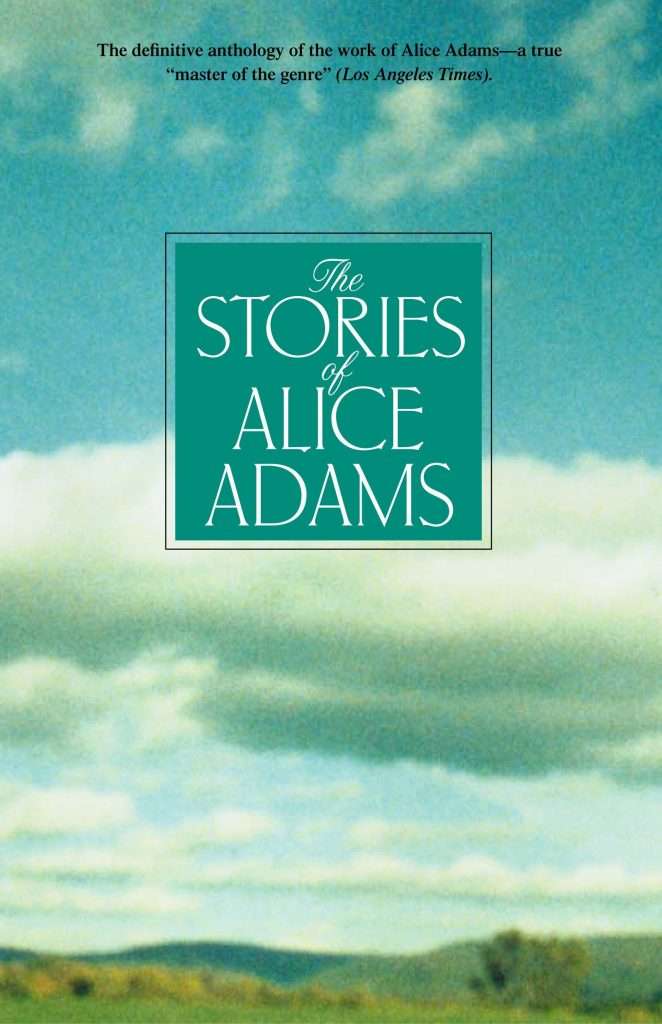 The Stories of Alice Adams

Taken together, Adams’s eleven novels constitute a complex narrative of growth for the American woman in a world whose landscape is marked by such major social and political phenomena as the civil rights movement, the first- and second-wave feminist movements, protests of the Vietnam War (1961–1975), the Watergate hearings (1973), the HIV/AIDS epidemic, and the gay rights movement. Adams’s characters are, in varying degrees, aware of and shaped by these events, and the events provide the richly textured backdrop in Adams’s novels against which her characters move either toward or away from self-realization. Perhaps the best example of this among Adams’s novels is her fourth, Superior Women (1984), which chronicles the lives and relationships of five female students enrolled together at Radcliffe and follows them through the next four decades.

Adams died in San Francisco in 1999 at the age of seventy-two.