Adair was born on November 9, 1884, at Red Sulphur Springs in Monroe County, West Virginia. She was the second of three daughters and fifth of eight children of Lewis Cass Adair and Rebecca Sidney Taylor Adair. The family moved to Richmond, where Adair attended Richmond Female Seminary and graduated from Richmond High School. At age seventeen she took a clerical job at an insurance company and enrolled in a course for teachers at Richmond High School. Adair and her sisters, who also became teachers, probably chose careers in education in emulation of other family members.

Adair began her career teaching at Elba Elementary School in Richmond in 1904. During the next fifteen years she taught at Nicholson, Robert Fulton, and Bellevue elementary schools and took summer courses at Columbia University, Richmond Normal School, and New York University. In 1921 she enrolled as a full-time student at the College of William and Mary, and two years later she received her AB degree. Adair joined the faculty of Bainbridge Junior High School in 1924 and in 1931 became principal of Franklin Elementary School (later Swansboro Elementary School), where she remained until she retired in 1954.

Adair attributed her passion for education to the influence of her aunt and namesake, Cornelia Storrs Taylor, one of the pioneer public school teachers in Richmond. Taylor taught Adair to be concerned not only about the welfare of pupils, but also about the salaries, working conditions, and retirement benefits of teachers. Adair succeeded Taylor in leading the campaign for a retirement plan for Virginia’s public school teachers, presiding for twenty-five years over the Virginia Education Association’s committee on teacher retirement. She was an ardent supporter of women’s rights and opposed discriminatory practices such as the exclusion of married women from the classroom and unequal pay scales for male and female teachers.

Adair was an active member of the Teachers’ Co-operative Association, and in 1925 the Richmond School Board sent her as a delegate to the first biennial conference of the World Federation of Education Associations in Edinburgh, Scotland. Adair served as president of the Richmond League of Teachers Associations for ten years, and she also headed the National League of Teachers Associations in 1919 and the National League of Classroom Teachers in 1927. After five years as treasurer of the National Education Association, in 1927 she became the first classroom teacher ever elected to its presidency. School administrators and college professors had dominated the organization before the mid-1920s, but Adair’s election as president symbolized the growing importance and influence of teachers in national educational organizations. The Richmond School Board gave her a year’s leave of absence with pay in order to travel on behalf of the national organization. The theme of her presidency was education for citizenship. At the end of her one-year term she refused other job offers and returned to her Richmond classroom.

Although Adair opposed some of the progressive educational theories of the early twentieth century and emphasized traditional classroom drilling in basic skills, she also insisted that the artistic and spiritual side of children must be stimulated. In defense of symphony concerts for children she argued that children, no matter how poor, should be fed cake in addition to oatmeal. Adair strongly supported universal education but recognized that the brightest children should be given opportunities to develop their talents by furthering their education. She did not limit her concern to intellectually gifted children, but also worked with mentally and physically handicapped students and was instrumental in founding the Virginia Society for Crippled Children and Adults.

Adair was a diligent clubwoman and community volunteer for various causes relating to education, health, and public welfare. During the Great Depression, she served as Richmond director of the federal government’s Works Progress Administration Emergency Education Program, and from 1935 to 1937 she directed the National Youth Administration’s Out-of-School Youth Program in Virginia. She was a founder of the Virginia chapter of Delta Kappa Gamma, an honorary society for teachers, and of the Virginia Federation of Business and Professional Women’s Clubs. She served as president of the Richmond League of Women Voters and sat on the boards of the National Education Association, the National Council for the Study of Education, and the Consultation and Evaluation Clinic of the State Health Department. Her wide-ranging activities also included involvement in Goodwill Industries, the Virginia League for Planned Parenthood, the Virginia Cancer Society, the American Association of University Women, the Presbyterian Church, the Democratic Party, and numerous other organizations. 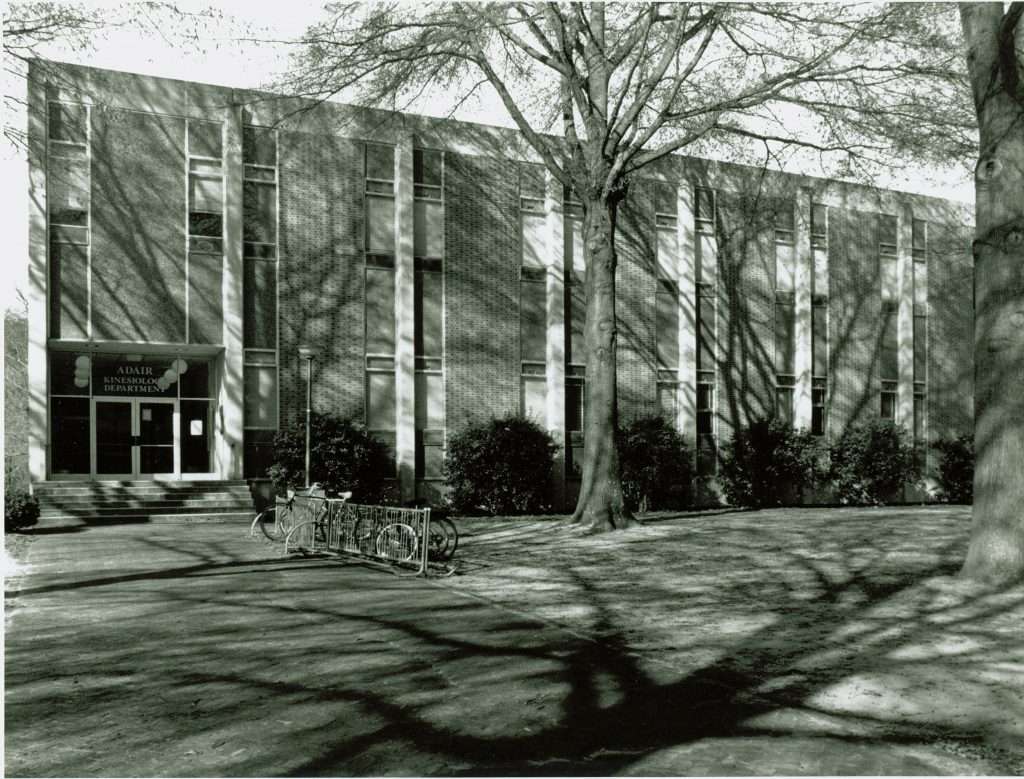 During her term as National Education Association president, Adair received the degree of doctor of pedagogy from New York State Teacher’s College. In 1934 she became the first woman to receive the Alumni Medallion from the College of William and Mary, and in 1963 the college named its women’s gymnasium in her honor. In 1952 the Swansboro Citizens Association and the Franklin Parent Teacher Association commissioned Richmond artist David Silvette to paint an oil portrait of Adair for presentation to Franklin Elementary School. She retired two years later but remained active in many organizations until shortly before her death. Adair died in the University of Virginia Hospital in Charlottesville on April 14, 1962, and was buried in Hollywood Cemetery in Richmond. The following year, William and Mary opened the Cornelia Storrs Adair Gymnasium (later Adair Hall).