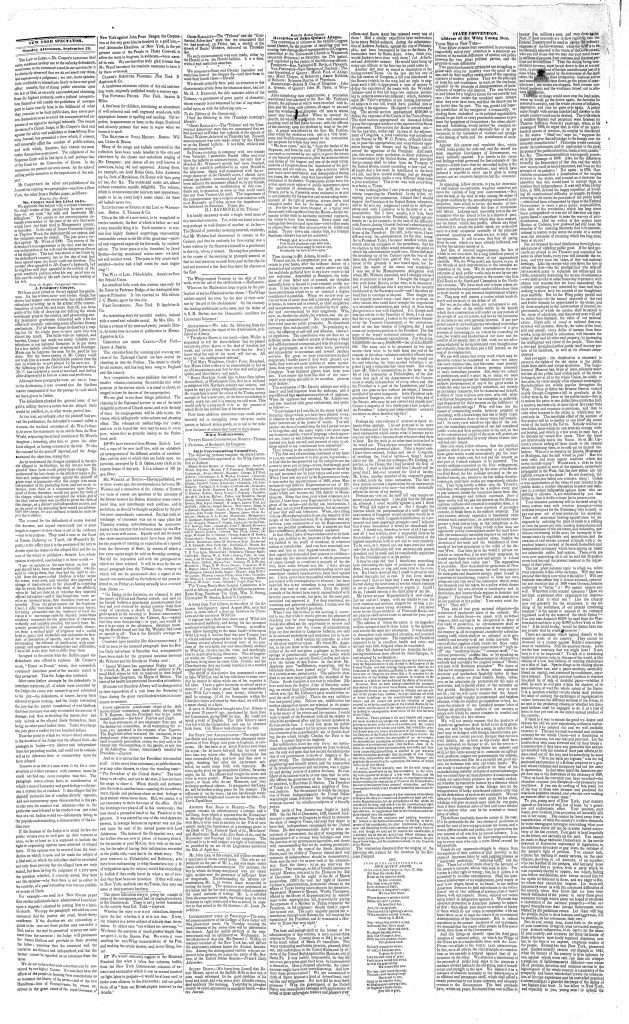 Abolitionism.—We take the following from the Tocsin of Liberty, the organ of the Abolitionists, published at Albany.

“Twenty six Slaves in one week.—Sam. Weller is requested to tell the slave-holders that we passed twenty-six prime slaves to the land of freedom last week, and several more this week thus far. Don’t know what the end of the week will foot up. All went by ‘the underground railroad.’

“Tell Mary Wrightson, Cook’s Point, Maryland, that Moses Giles wishes to be remembered to her as an old acquaintance, and that he was well and in good spirits, and liked liberty very much.

“Henry Hawkins would like to have Sam inform Austin Scott, at Washington City, that he is well, and is delighted with Northern scenery and society, and hopes he may get along without his services in future. He wants him to send the editor of the Tocsin money enough to buy a new coat, as the linen roundabout is nearly worn out, and it is coming on cold soon. This would only be a very small item in the amount of which Scott has robbed him of his services.”

Now these abolition committee-men could just as honestly aid in smuggling away thirty-six stolen horses, or bales of stolen goods, as to aid in the nefarious business of which they boast to their shame.