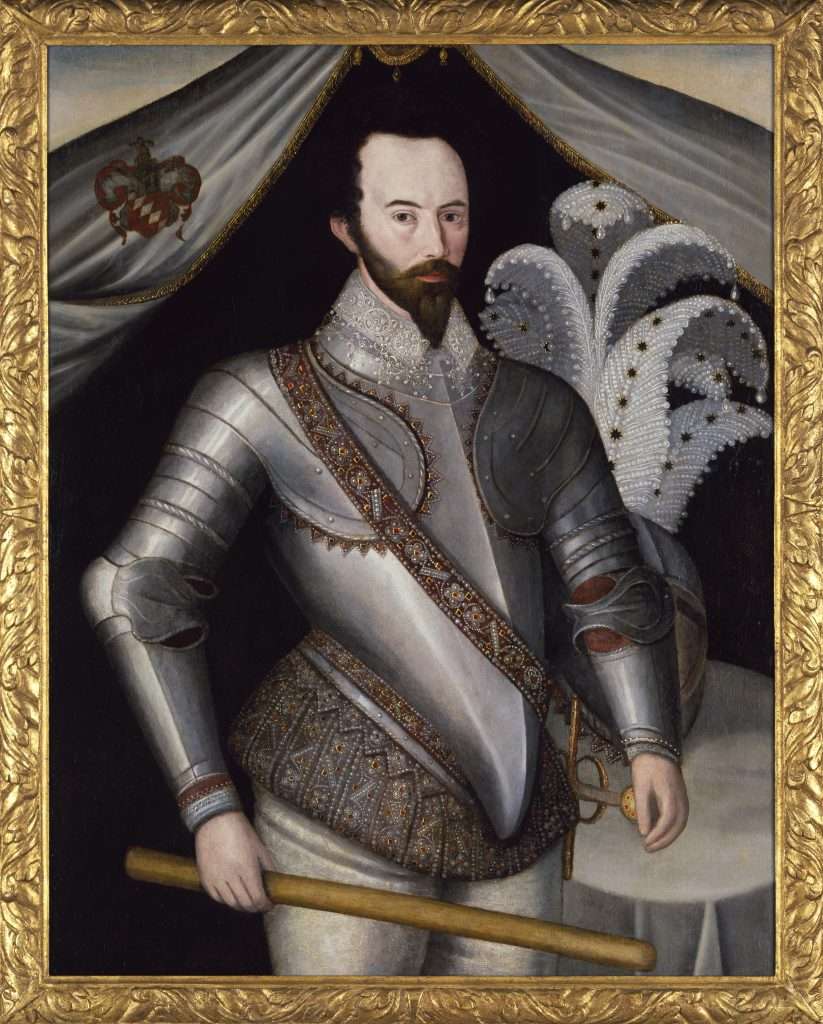 Hariot was born around 1560 and graduated from Oxford University in 1580. A mathematician with broad intellectual interests, he was intrigued by the prospect of unexplored lands across the Atlantic Ocean and joined Walter Raleigh at his Durham House estate, where he lectured on open-ocean navigation. During the winter of 1584–1585, Hariot learned some elements of the Algonquian language from two Native Americans, Manteo and Wanchese, who were brought back from an expedition to Roanoke Island in 1584.

While some scholars believe it’s possible that Hariot joined that 1584 expedition, he certainly was along when Sir Richard Grenville and 600 or so colonists arrived at Roanoke on June 26, 1585. Hariot and the expedition artist John White explored and mapped the area around Roanoke, carrying out Raleigh’s request that they present him with both textual and visual depictions of the settlement and its surroundings. During the winter of 1585–1586, Hariot or White (or both) accompanied a group of English colonists north to the Chesapeake Bay, where they encountered the Virginia Indians of Tsenacomoco.

Although Raleigh was principally interested in the types of commodities, particularly potentially valuable ones, available in the Virginia colony, he also charged Hariot and White with representing the exotic local flora and fauna, as well as the appearance, character, and practices of the Indians they met. Hariot’s writings, in partnership with White’s delicate but vivid watercolor paintings, depict numerous aspects of the Indians’ lives and culture, including their bodies and clothing; their diets; the layouts of their homes and towns; their religious practices; their methods of agriculture, fishing, hunting, and boat-building; and the way in which they waged war upon their enemies. Taken in combination, Hariot’s words and White’s images presented the 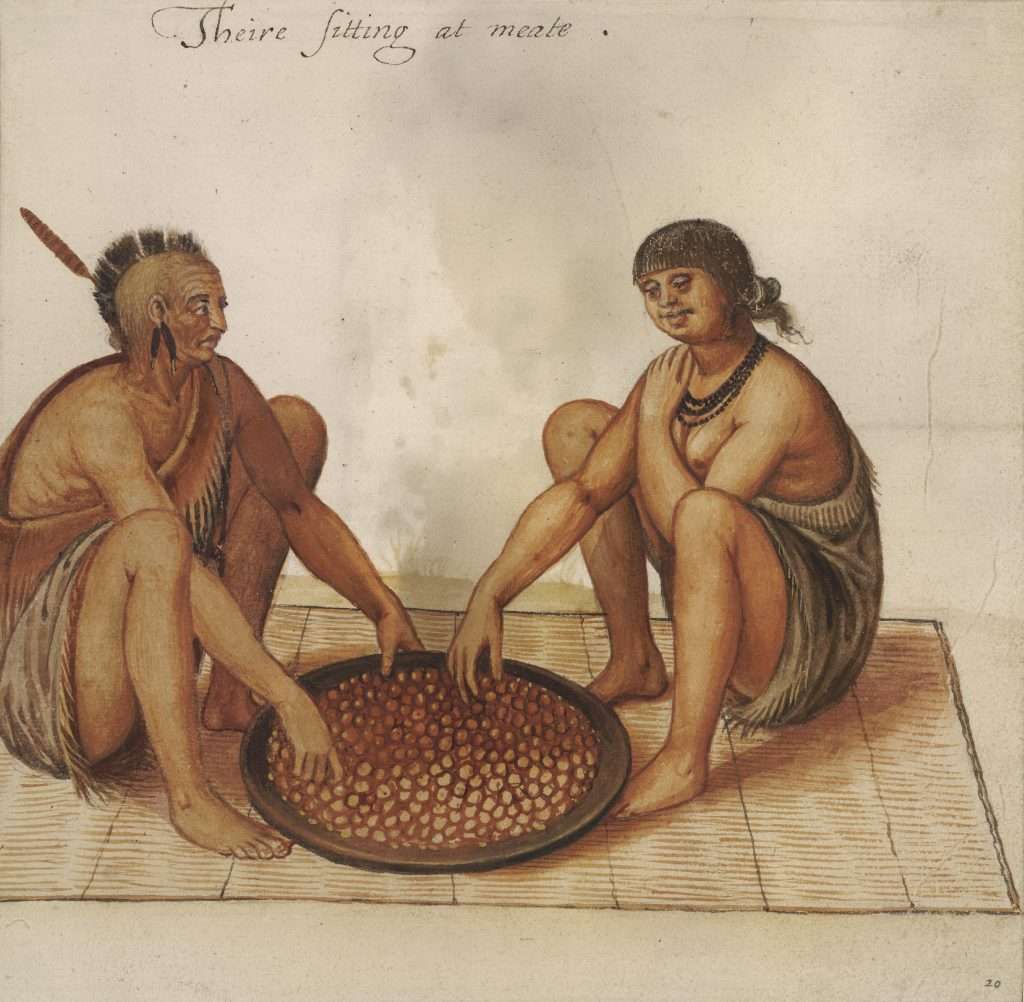 New World as simultaneously exotic and reassuring to English readers. Virginia, in their description, was a land of lush vegetation and amicable natives, and thus was an ideal site for continued efforts at colonization, despite this initial effort’s lack of success.

Hariot, White, and their fellow colonists abandoned the Roanoke settlement for England in 1586, bringing with them Hariot’s notebooks and White’s watercolors. In 1588, the first edition of what became known as A briefe and true report of the new found land of Virginia, presumably composed by Hariot from his notes throughout the year 1587, was published as a small volume, devoid of illustrations, and attracting relatively little notice. The following year, however, Hariot’s text gained a broader readership when it appeared in the first edition of The Principall Navigations, Voiages and Discoveries of the English Nation, a collection of accounts compiled by Richard Hakluyt (the younger). It was published again in Hakluyt’s second edition (1598–1600). Then, in 1590, the Flemish printer Theodor de Bry included both Hariot’s text and White’s images—transformed by de Bry into copperplate engravings—in the first edition of his own collection, Grand and petit voyages. Published in English, French, German, and Latin, de Bry’s Grand and petit voyages went through seventeen editions between 1590 and 1620, and many elaborate copies were commissioned by wealthy patrons across Europe who valued the books both as sources of information and as precious art objects. Readers considered the engravings—particularly those that depicted the bodies, clothing, and daily life of the Indians—to be especially fascinating. Although they described only the inhabitants of the region around the Roanoke settlement, they soon came to represent all indigenous Americans in the minds of many early modern western European readers.

The reprinting of Hariot’s text in both the Hakluyt and the de Bry compendia had a seismic effect upon its readers, especially those Englishmen interested in the nation’s colonial ventures. By the time Hariot’s book had reached a wide audience, the failure of the so-called Lost Colony of Roanoke, led by John White, had become common knowledge within cosmopolitan circles. While Hariot’s optimistic predictions of a highly fertile land populated by welcoming natives had not been borne out, the promise of a “new found land of Virginia” remained alluring and encouraged influential Englishmen to continue their efforts to found a permanent settlement in North America. According to the historian James Horn, Hariot “had crafted a coherent argument in favor of colonization and described the means by which colonies would benefit their sponsors, settlers, and the nation,” and it was this argument that would, within a few decades, lead to the landing at Jamestown.

Documenting the American South: A briefe and true report of the new found land of Virginia by Thomas Hariot