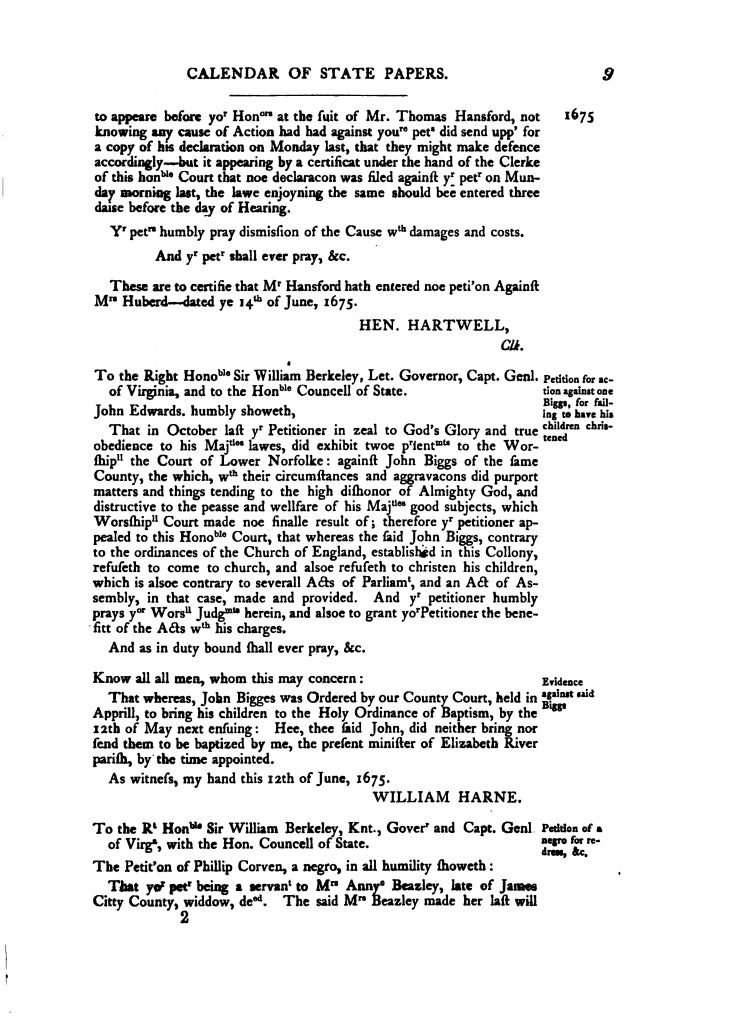 To the Right Honorable Sir William Berkeley, Knt., Governor and Capt. Genl of Virginia, with the Hon. Councell of State.

The Petit’on of Phillip Corven, a negro, in all humility showeth:

That your petitioner being a servant to Mrs Annye Beazley, late of James Citty County, widdow, deceased. The said Mrs Beazley made her last will 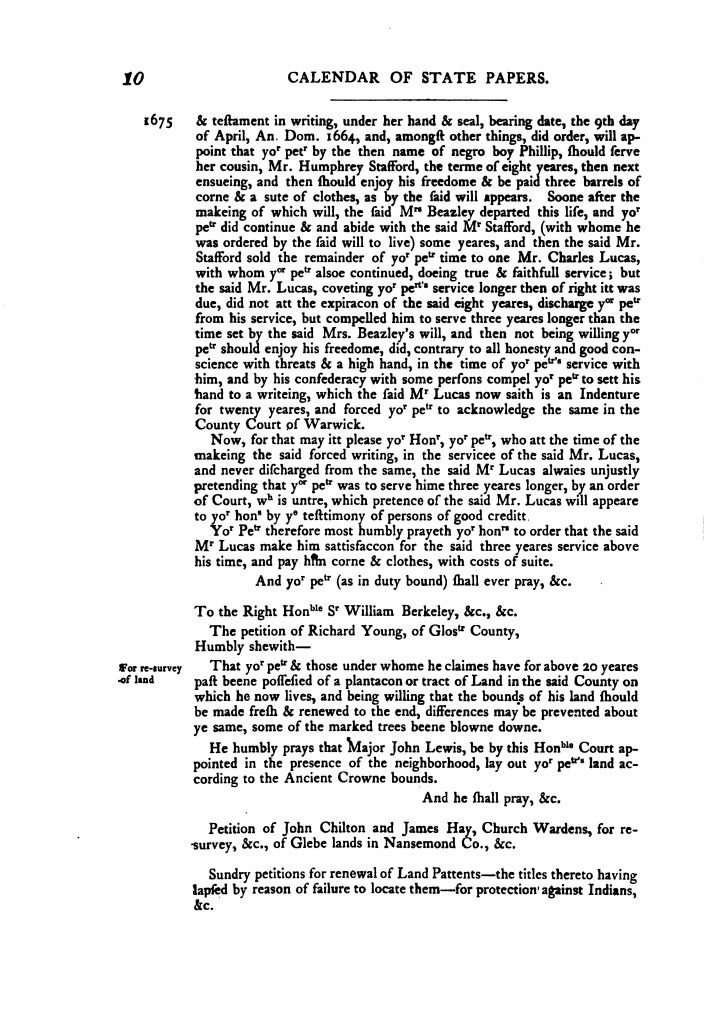 & testament in writing, under her hand & seal, bearing date, the 9th day of April, An. Dom. 1664, and, amongst other things, did order, will appoint that your petitioner the then name of negro boy Phillip, should serve her cousin, Mr. Humphrey Stafford, the terme of eight yeares, then next ensueing, and then should enjoy his freedome & be paid three barrels of corne & a sute of clothes, as by the said will appears. Soone after the makeing of which will, the said Mrs Beazley departed this life, and your petitioner did continue & and [sic] abide with the said Mr Stafford, (with whome he was ordered by the said will to live) some yeares, and then the said Mr. Stafford sold the remainder of your petitioner time to one Mr. Charles Lucas, with shom your petitioner alsoe continued doeing true & faithfull service; but the said Mr. Lucas, coveting your petitioner’s service longer then of right itt was due, did not att the expiracon of the said eight yeares, discharge your petitioner from his service, but compelled him to serve three yeares longer than the time set by the said Mrs. Beazley’s will, and then not being willing your petitioner should enjoy his freedome, did, contrary to all honesty and good conscience with threats & a high hand, in the time of your peititioner’s service with him, and by his confederacy with some persons compel your petitioner to sett his hand to a writeing, which the said Mr Lucas now saith is an Indenture for twenty yeares, and forced your petitioner to acknowledge the same in the County Court of Warwick.

Your Petitioner therefore most humbly prayeth your honors to order that the said Mr Lucas make him sattisfaccon for the said three yeares service above his time, and pay him corne & clothes, which costs of suite.

And your petitioner (as in duty bound) shall ever pray, &c. 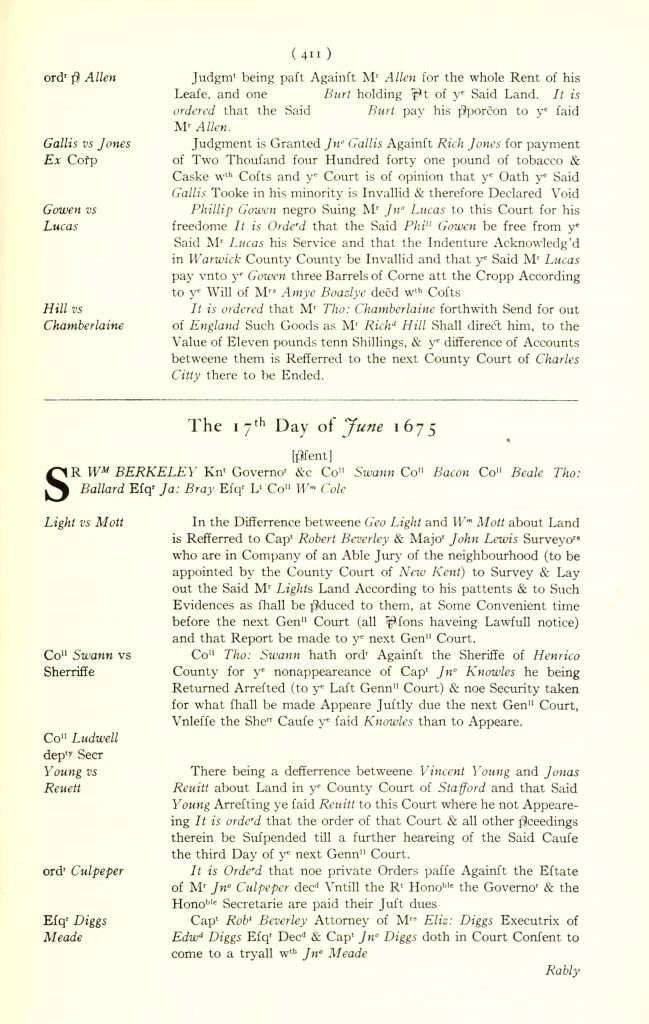 Minutes of the Council and General Court, Page 411