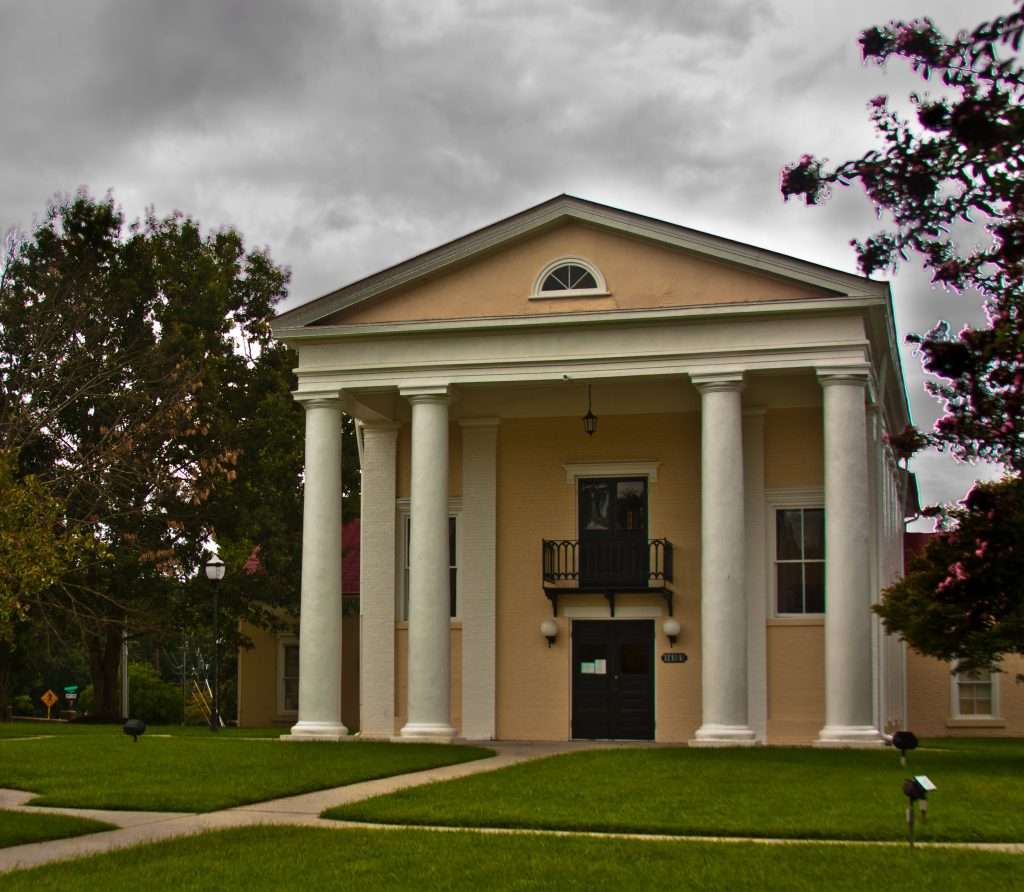 This Greek Revival structure, probably built by enslaved laborers, is the historic Dinwiddie Courthouse (originally known as the Dinwiddie Court House) completed in 1851. The building was remodeled in 1858 when the courtroom was relocated to the upper level. The portico with Doric columns was added in 1933. The courthouse was in use through 1998 and is now home to a museum and the Dinwiddie County Historical Society.