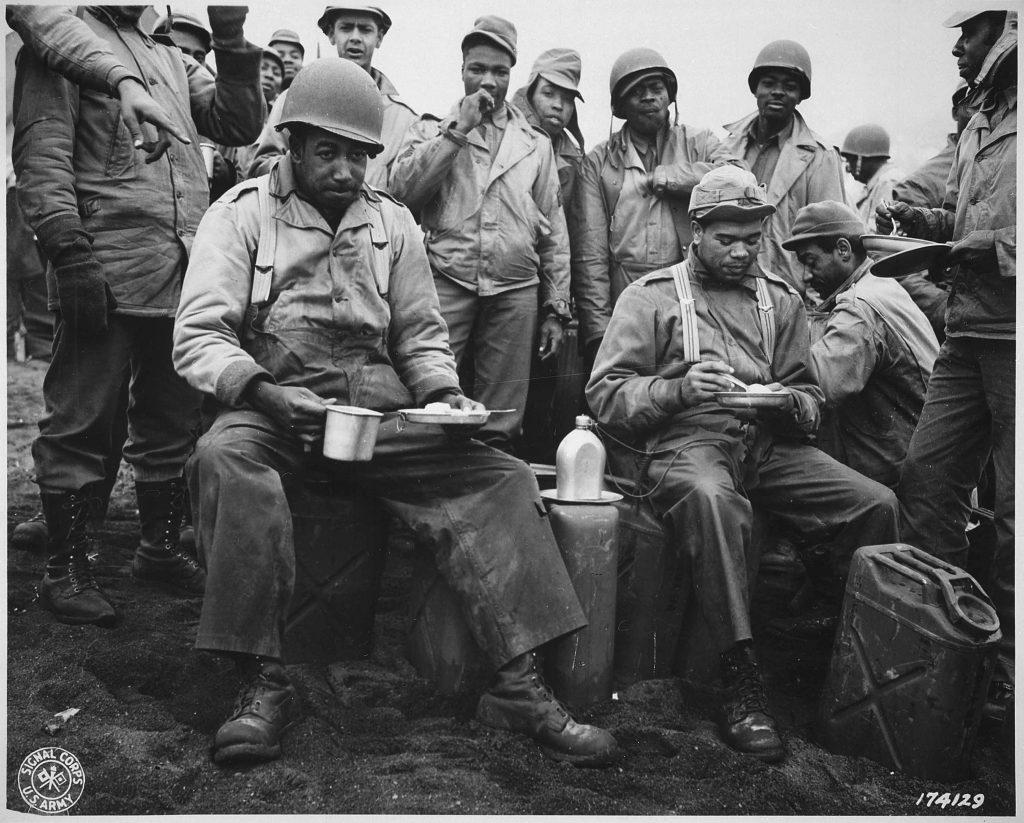 This World War II-era photograph shows some Black soldiers taking a meal break from their work unloading boats on the island of Attu in the Aleutian Islands. Segregation in the United States Armed Forces remained in effect until after the end of the war, when President Harry Truman issued Executive Order 9981 on July 26, 1946.