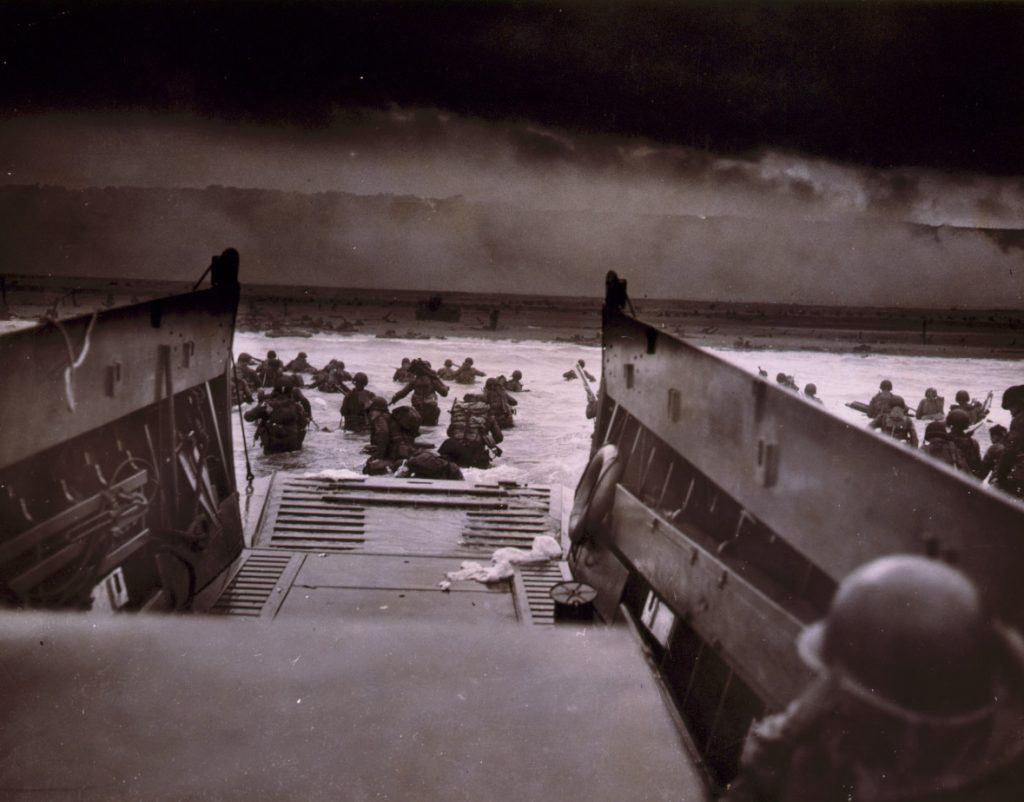 Taxis to hell - and back Photograph shows American soldiers wading from Coast Guard landing barge toward the beach at Normandy on D-Day, June 6, 1944. Official Coast Guard photograph. On verso: Into the jaws of death American invaders spring from the ramp of a Coast Guard manned landing barge to wade those last perilous yards to the beach of Normandy. Enemy fire will cut some of them down. Their "taxi" will pull itself off the sands and dash back to a Coast Guard manned transport for more passengers. On D-Day Coast Guard drivers pushed their "taxis" through the off-beach hell from dawn till dark and then into the night.