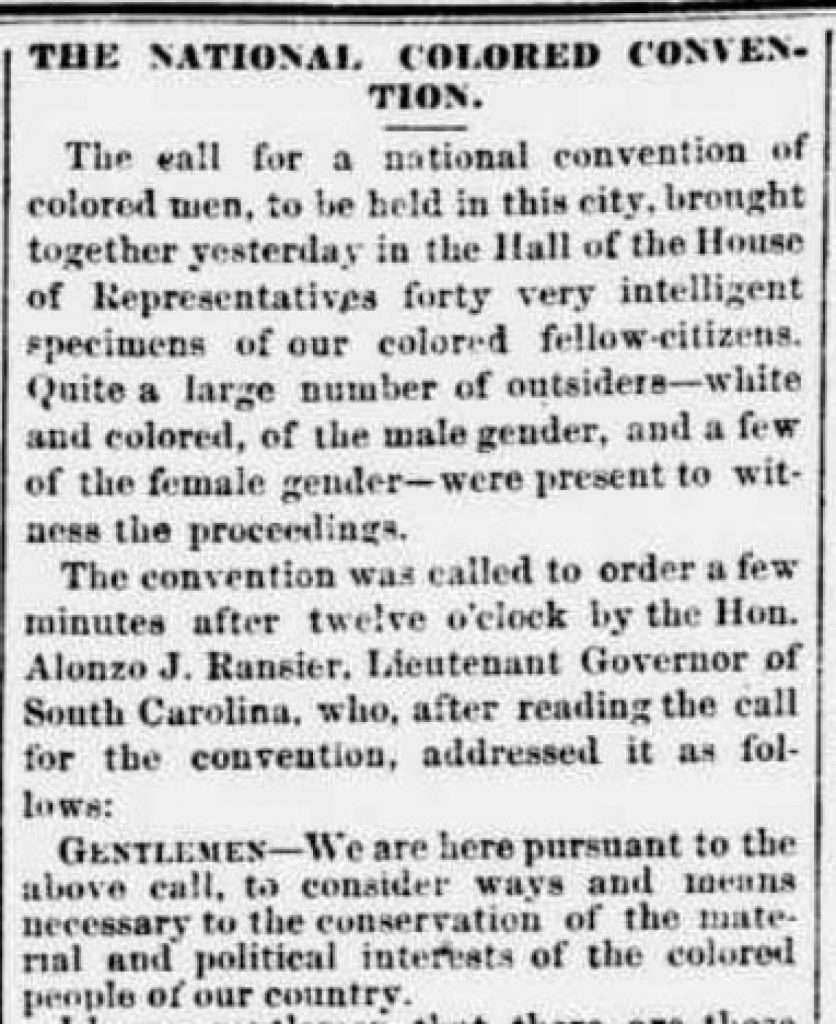 Alonzo J. Ransier, the first Black lieutenant governor of South Carolina, called the convention to order and spoke of the need for such a gathering:

I know, gentlemen, that there are those among us, white and colored, who question the propriety or the wisdom of colored men, as such, coming together in regular convention, to the exclusion of the other race or races, to consider matters relating to themselves … But in my humble judgment, gentlemen, if those who take this position will give themselves sufficient time to reflect—will consider for a moment what kind of government we are living under; the wrongs we, as a class, have suffered for years; the tremendous revolution that has swept over the country within the past ten years; the position in which we find ourselves today, though declared to be American citizens; still laboring without adequate compensation, our education and that of our children almost totally neglected; shut out from decent accommodation at the hotels, places of amusement and in common carriers, and exercising that most valuable of a freeman's rights, the right to [v]ote as one conscience and judgment may dictate, at the very peril of our lives in many localities, they would see the propriety, they would be at once convinced of the necessity—if they claim to be human and so regard us—of our coming together, being the aggrieved party, that we may bring our grievances before the country and ask for that relief from this condition, and that protection from these outrages, as citizens of this country, which it is its duty to give.

Interest in the convention was high. The newspaper reported that there were approximately one thousand onlookers— both Black and white, male and female—who "filled the lobby of the hall, thronged the stairways and peopled the sidewalks in front of the building."