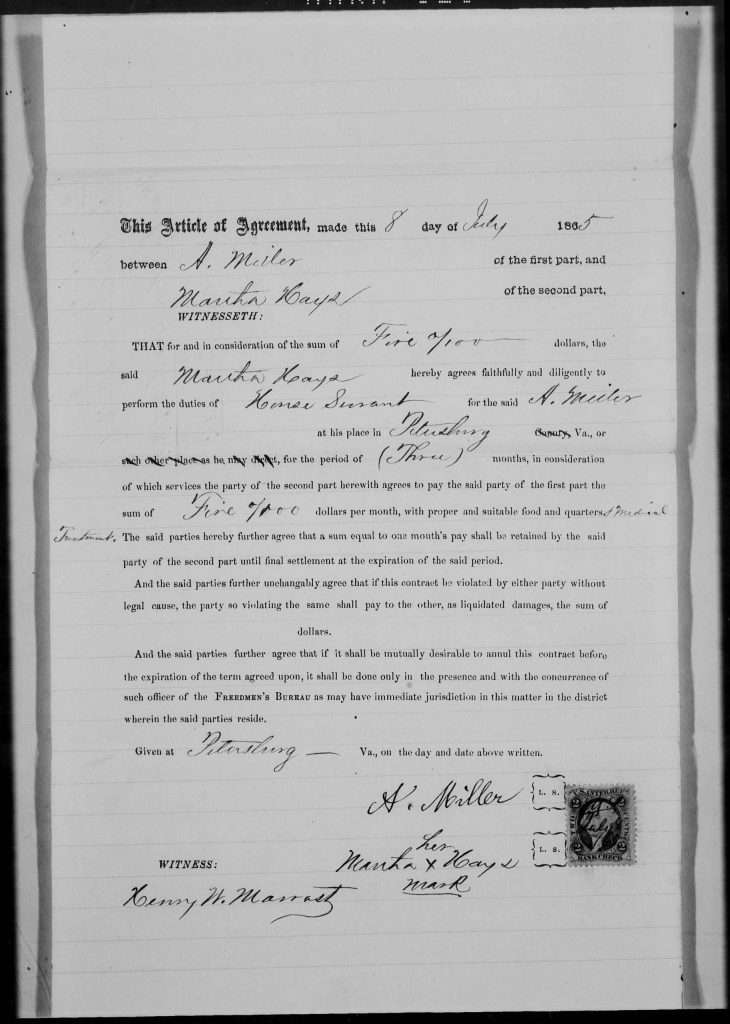 Labor Contract From the Freedmen’s Bureau Records in Petersburg

This July 8, 1865, signed work contract states that A. Miller of Petersburg has employed the services of Martha Hays as a house servant for three months and will pay her five dollars per month as well as "proper and suitable food and quarters & medical treatment." The agreement also states that a cancellation of the contract before the end of its term can only take place "in the presence and with the concurrence of such officer of the Freedmen's Bureau as may have immediate jurisdiction." Local offices of the Freedmen's Bureau assisted in drawing up contracts such as this one to ensure that the formerly enslaved were accorded fair and legal work contracts that included precise terms of employment.
FEATURED IN