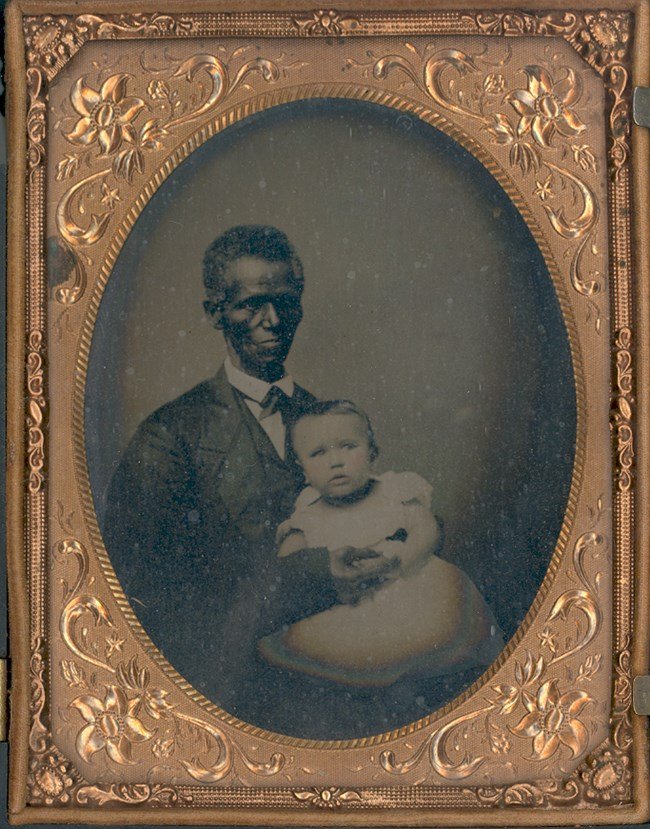 In this daguerreotype made circa 1865, Charles Syphax holds his grandson William B. Syphax. The elder Syphax had been born enslaved at Mount Vernon. After the death of Martha Washington, Syphax, then about nine years old, was moved to Arlington House along with a number of other enslaved people to serve George Washington Parke Custis, the stepgrandson and adopted son of the first president. In 1821 Syphax married Maria Carter, who was an enslaved servant but also Custis's own daughter.

Four years later, George Washington Parke Custis sold his mixed-race daughter and two of her children to a Quaker, presumably with the hope of her eventually attaining freedom; but Charles Syphax remained enslaved at Arlington House until December 29, 1862.