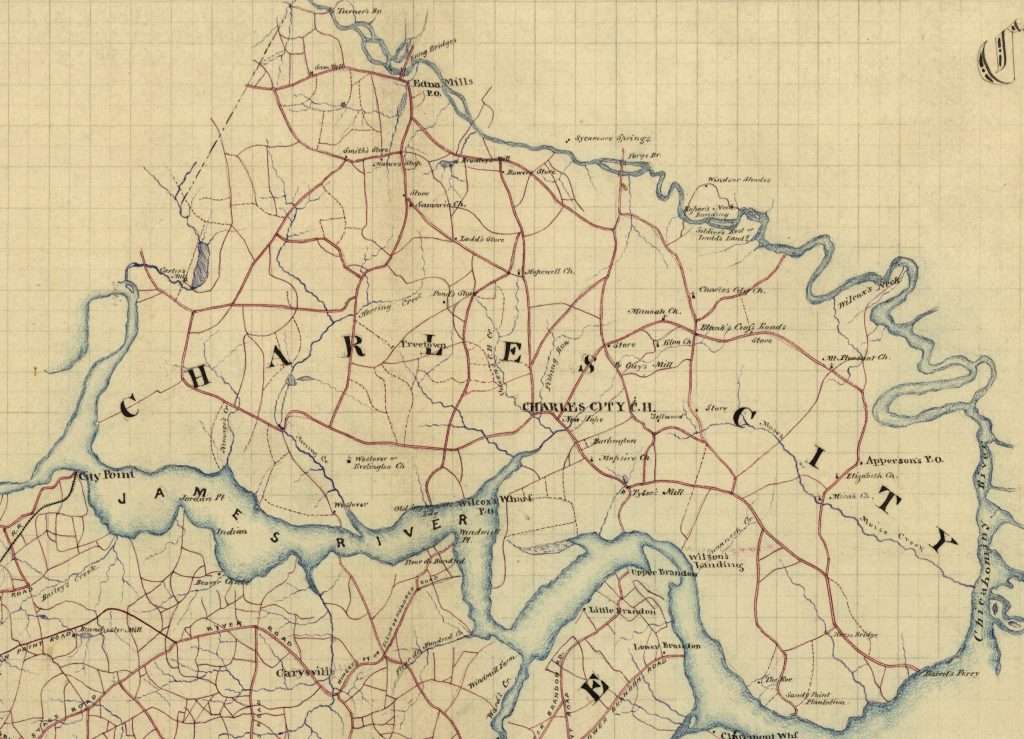 A detail of an 1867 map by well known cartographer Jedediah Hotchkiss shows Charles City County, which is bounded by the James River to the south and the Chickahominy River to the north and east. The map includes the locations of creeks, existing roads, bridges, river landings, the county courthouse, post offices, and a number of mills.

During the Civil War, Hotchkiss served as a topographical engineer on the staff of Confederate general Thomas J. "Stonewall" Jackson.