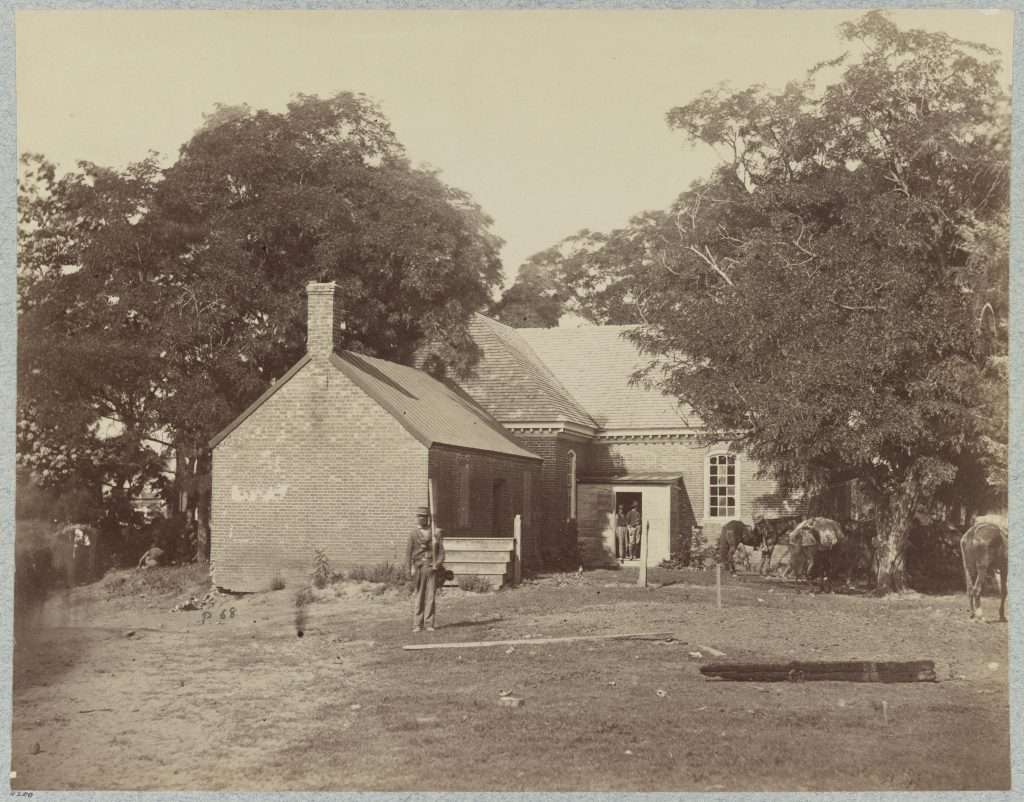 An 1864 image by renowned photographer Timothy O'Sullivan shows three members of the federal army outside the county courthouse in Charles City during the Civil War. The historic one-story brick structure, which is still used for judicial purposes, was built around 1750 and includes an arcaded front—one of only six remaining colonial-era arcaded courthouses in Virginia. (The arcaded section of the building is not visible in this photograph.)

Auctions of enslaved people occasionally took place at the courthouse. There was also a two-story county jail nearby that was burned during the war. Previously, the jail held captured enslaved people who were seeking freedom, as well as debtors and other prisoners not sent to the state penitentiary. The jail included stocks, a whipping post, and a pole for docking ears—that is, nailing a person's ear to a post. In 1901, as part of the Lost Cause movement that romanticized the "Old South," a Confederate monument was erected on the grounds of the courthouse.