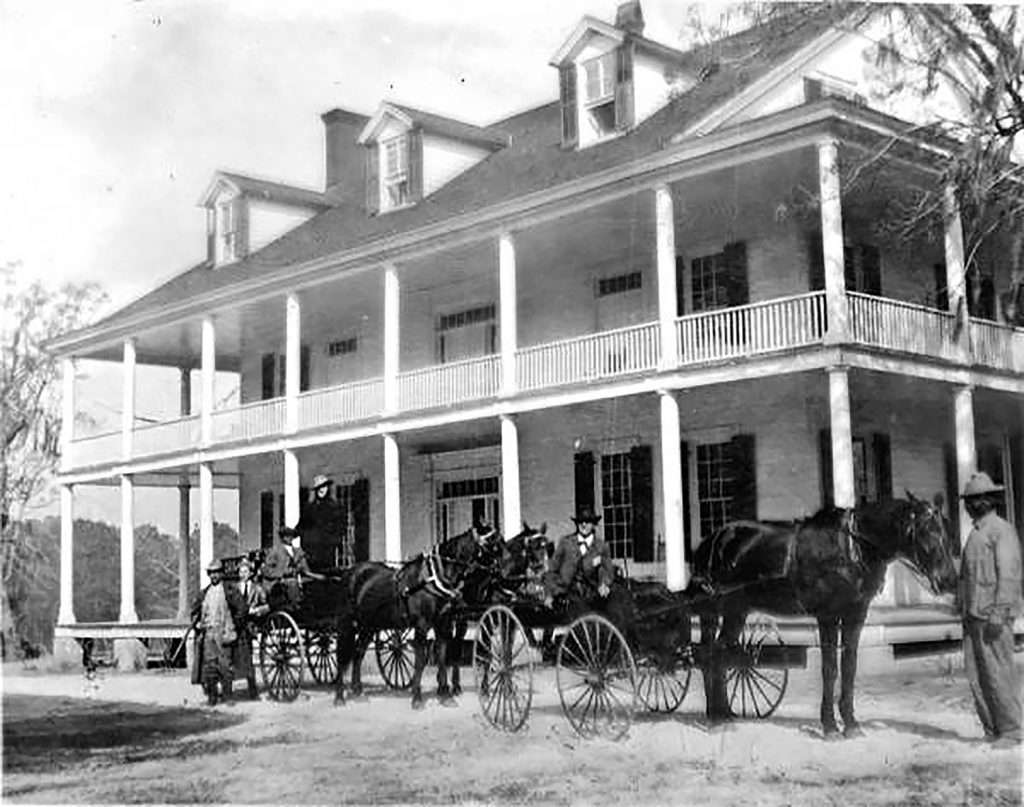 A circa 1900 photograph shows horse-drawn carriages—one of them driven by a Black coachman—in front of the Casa Bianca plantation in Jefferson County, Florida. In 1828, former President James Monroe sold seventeen men, women, and children from his Albemarle County plantation, Highland, to Colonel Joseph White who then owned Casa Bianca. The enslaved sent to Florida served in various ways at Casa Bianca: as field hands, as enslaved domestics, and, in the case of Garrettt Sanders, as a skilled enslaved blacksmith. In 1873, some of the children of the enslaved people who had been exiled from Highland played a critical role in the establishment of the Casa Bianca Missionary Baptist Church in Monticello, Florida.