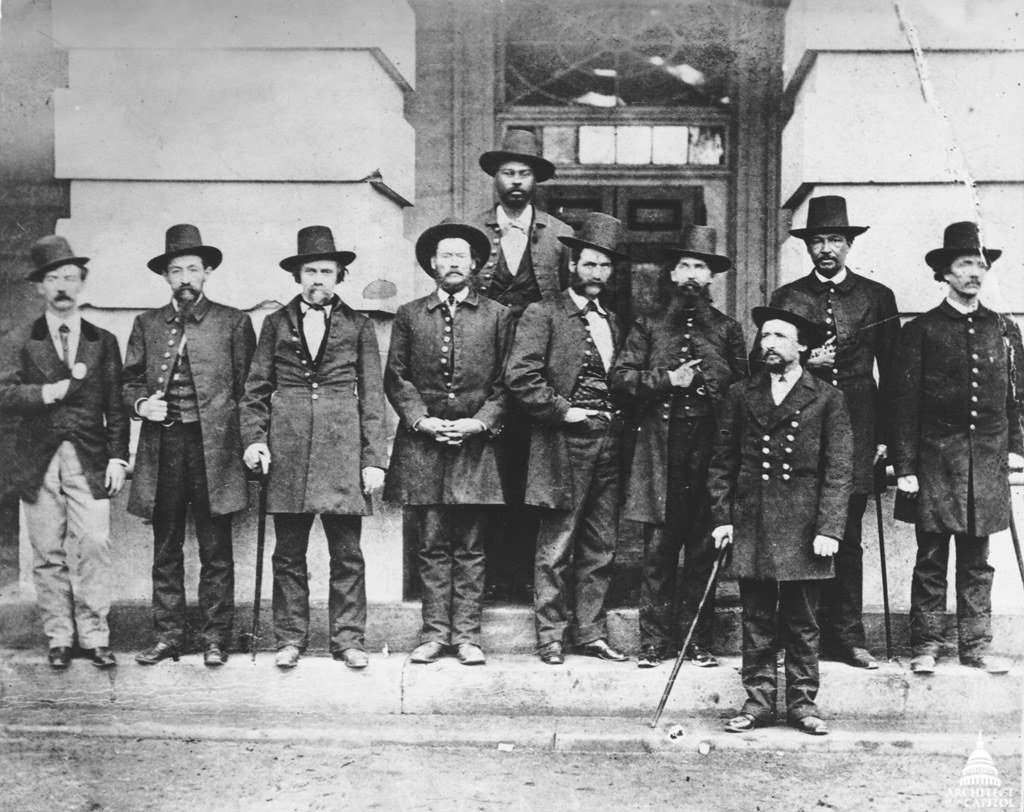 Members of the U.S. Capitol Police

This circa 1870 photograph shows members of the U.S. Capitol Police force in Washington D.C. Two of the ten men appear to be Black. Founded in 1828 to protect and support Congress so that it could fulfill its Constitutional duties, the police force recruited Black men after the Civil War. In joining up, formerly enslaved men could help protect a building that had been built in large part by enslaved laborers. Among the first Blacks to join the Capitol Police was Frederick Douglass, the renowned abolitionist, orator, writer, and statesman.