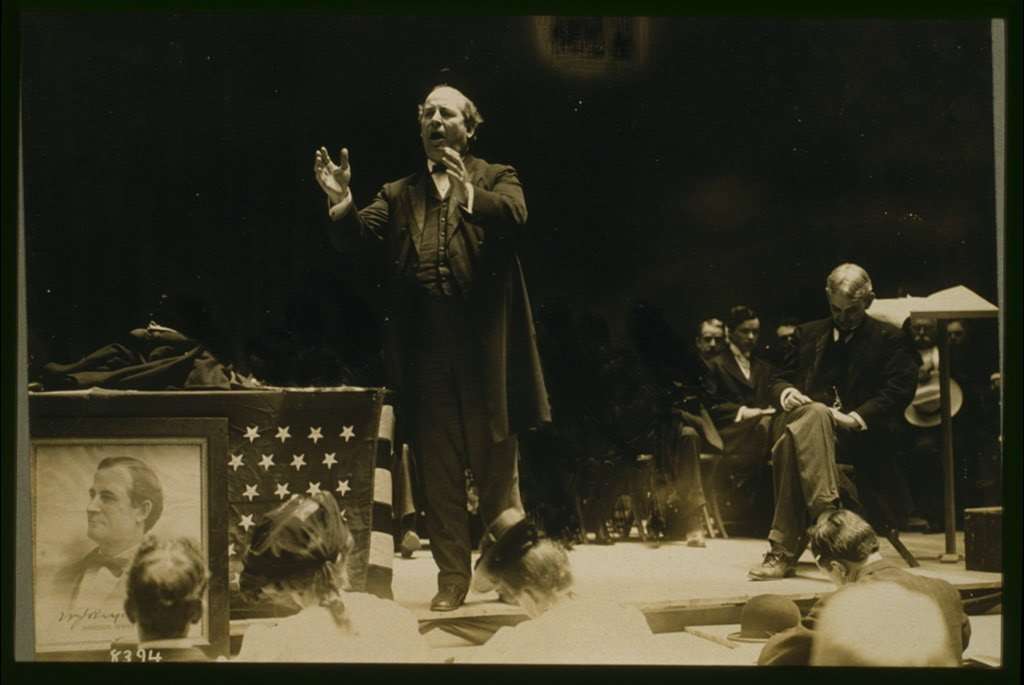 Politician and orator William Jennings Bryan gestures during a presidential campaign speech he delivered in the summer of 1908. A man and two women in the front row—all of them with their heads down—appear to be taking notes on the speech. Bryan won the Democratic nomination for the presidency three times—in 1896, 1900, and 1908—and lost in the general election each time.