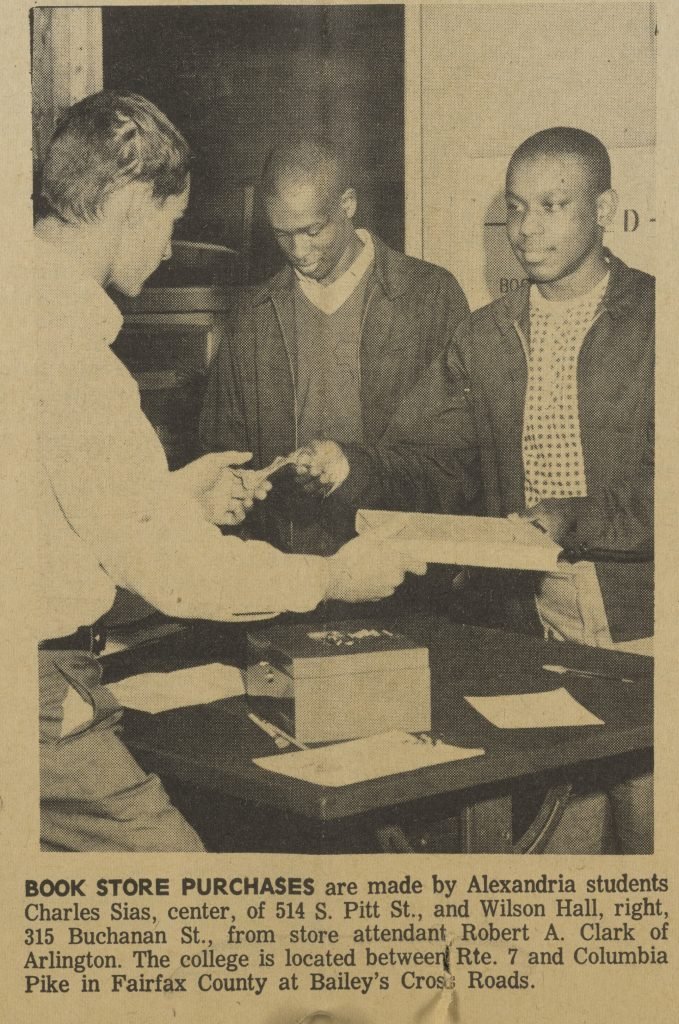 Two Black students purchase books for classes at the newly opened Northern Virginia Technical College in Fairfax County in 1965. This photograph was printed in a newspaper-style scrapbook that chronicled the creation of the school. Northern Virginia Technical College, which was dedicated to providing vocational and technical training for jobs, was integrated from the outset. The integration of the school was a direct response to Massive Resistance, the state policy adopted in 1956 that closed public schools in an attempt to prevent court-mandated desegregation—a policy that adversely affected Virginia’s economy. Schools in Prince Edward County were closed from in 1959 until 1964. Even after that date, large-scale desegregation did not take place until after the 1968 U.S. Supreme Court ruling Green et al. v. County School Board of New Kent County, Virginia, which overturned the “freedom of choice” plan used in that county to avoid full compliance with previous Supreme Court decisions regarding the integration of public schools.