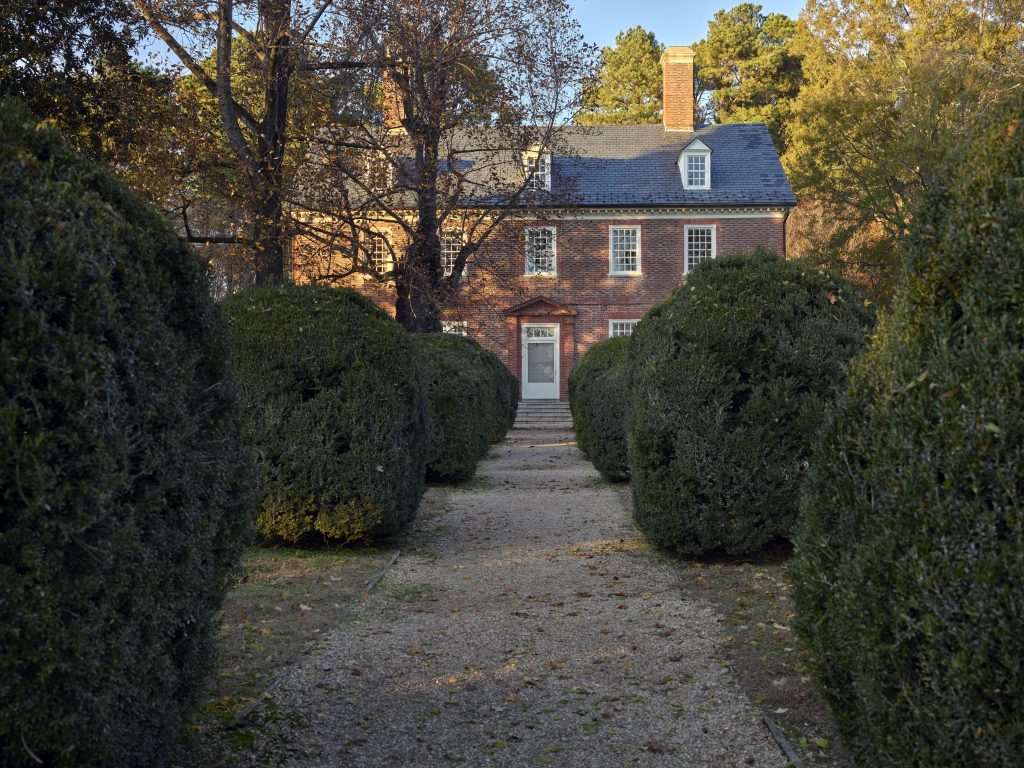 This Georgian-style three-story brick mansion is the manor house at Berkeley Plantation, located on the James River in Charles River County. The plantation, originally called Berkeley Hundred, was one of the first plantations in America. Enslaved laborers of African descent built this house in 1726 under the direction of the property's new owner, Benjamin Harrison IV. It was eventually the home of two United States presidents—William Henry Harrison and his grandson Benjamin Harrison. The house is currently open to the public as a museum.