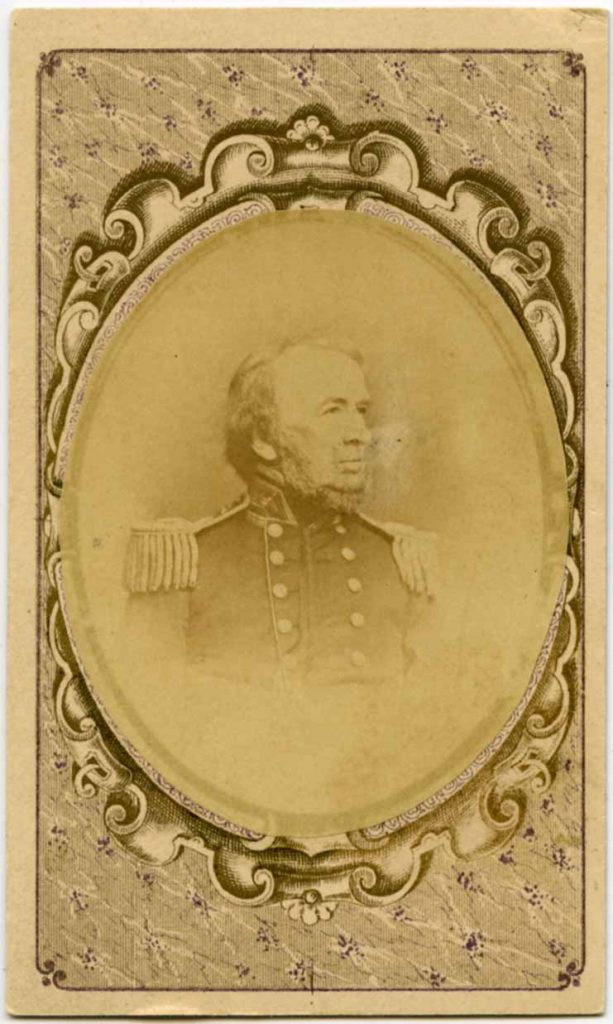 Naval commander John H. Aulick, in full dress uniform, is the subject of this profile portrait. Aulick, a veteran of the War of 1812 and the Mexican War, became the commander of the East India Squadron in 1851 with the goal of opening trade relations with Japan. Not long after, however, Aulick was removed from his post and replaced by Commodore Matthew Perry, who proceeded to Japan.