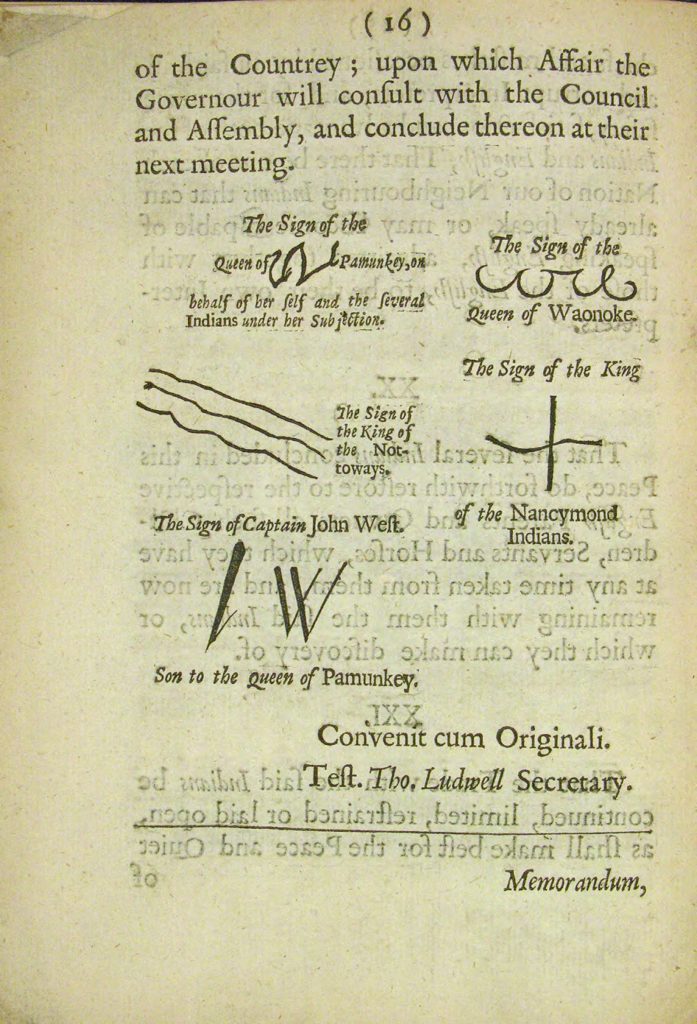 Signers of the Treaty of Middle Plantation

This page is from Articles of Peace between the Most Serene and Mighty Prince Charles II. By the Grace of God, King of England, Scotland, France and Ireland, Defender of the Faith, &c., and Several Indian Kings and Queens, &c. Concluded the 29th day of May, 1677, an eighteen-page book published in London in 1677. The book sets out the terms of what became known as the Treaty of Middle Plantation. Signatures reproduced on the page include: