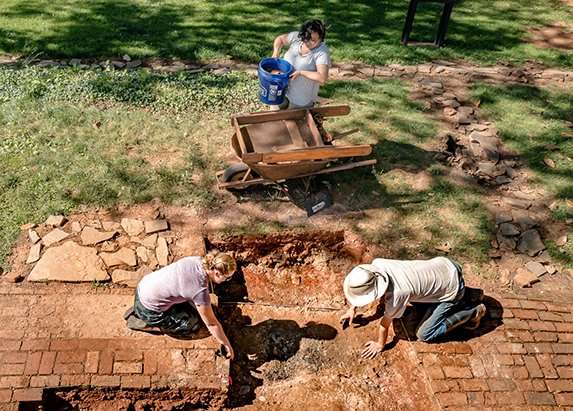 During the summer of 2021, unidentified members of an archaeological crew excavate the site of the 1799 main house at James Monroe's Highland, the Albemarle County plantation that belonged to the fifth president of the United States. One of the interesting discoveries made was unmistakable evidence of a "catastrophic" fire that destroyed the original house. According to Highland's website, "Wall and plaster debris had fallen and fused, signs of a conflagration so intense that one side of the structure had collapsed." Such extensive fire damage may help explain how the president's original house could have been "lost" for so many years.