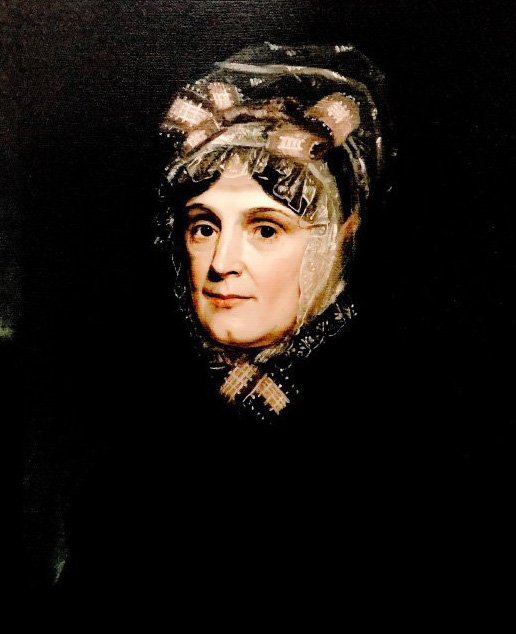 Anna Symmes Harrison wears a head covering with decorative bows in this portrait made by an unknown artist probably in the 1820s or 1830s. In 1795 Anna Symmes married William Henry Harrison who would become the ninth president of the United States—though he died a month after taking office. Anna Harrison, who bore ten children and was often in ill health, never entered the White House as First Lady.