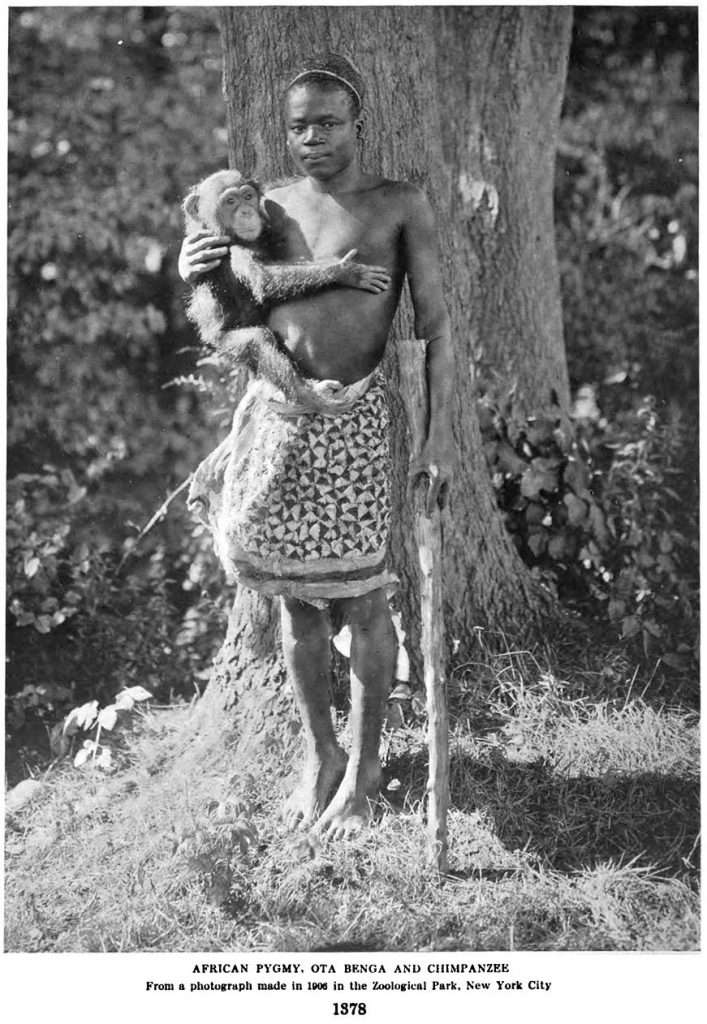 Ota Benga, a Pygmy from the Congo, holds a chimpanzee at the New York Zoological Park (also known as the Bronx Zoo) in 1906. This image illustrated a story in the July 1916 edition of the Zoological Society Bulletin, an official publication of the New York Zoological Society. The author of the article was Samuel P. Verner, the Presbyterian missionary who purchased Benga's freedom from slavery in Africa. Benga accompanied Verner on several trips to the United States, and in 1906 Verner arranged for Benga to move into the Primate House at the New York Zoological Society. The exhibition of a man sharing a cage with an orangutan, chimpanzees, and a parrot, created a public outcry, and lasted only a few weeks. In the bulletin article, Verner downplayed the "sensational" aspect of the exhibit and claimed, "The Zoological Park simply gave him temporary employment in feeding the anthropoid apes, and a safe and comfortable home for a short time, while I was engaged in private affairs which needed my attention after … years of absence in Africa."