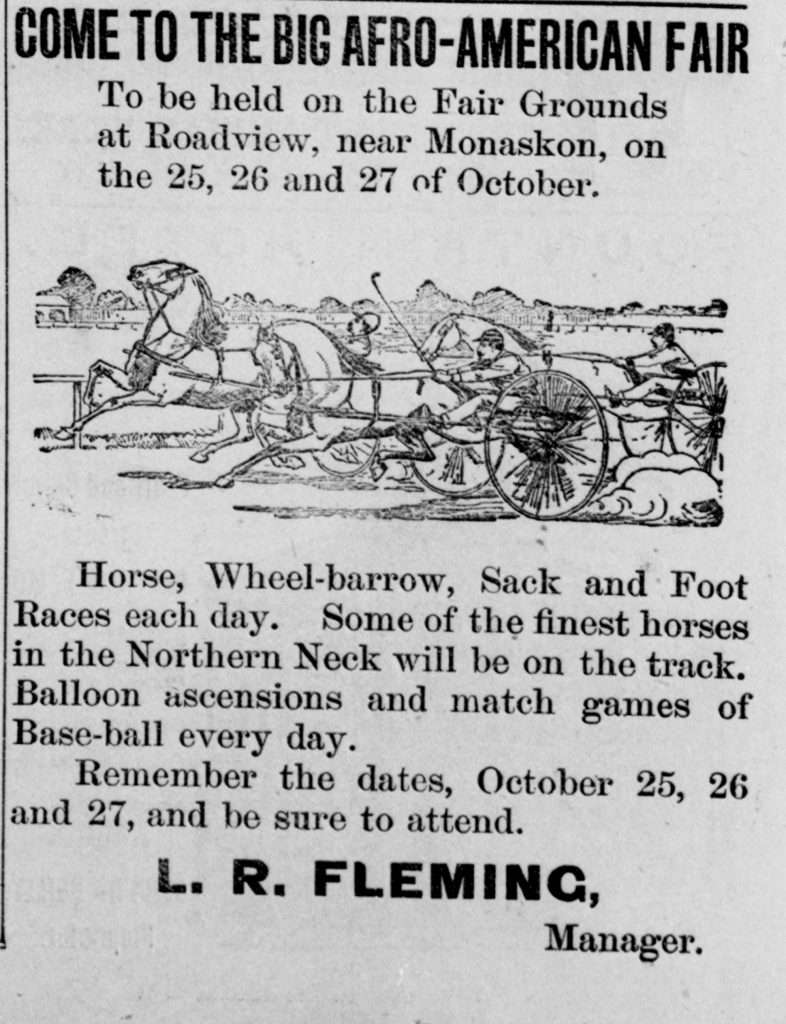 “Come to the Big Afro-American Fair”

In this notice published in the October 12, 1900, edition of the Virginia Citizen (Irvington, Virginia), an image of harness racing illustrates an advertisement for an upcoming Afro-American Fair being held on October 25-27 of that year. The event was taking place near the town of Monaskin, an unincorporated community in Lancaster County, and was being managed by L. R. Flemings (misspelled here as "Fleming"). The fair promised to include both running races and horse races, as well as balloon ascensions and baseball games.