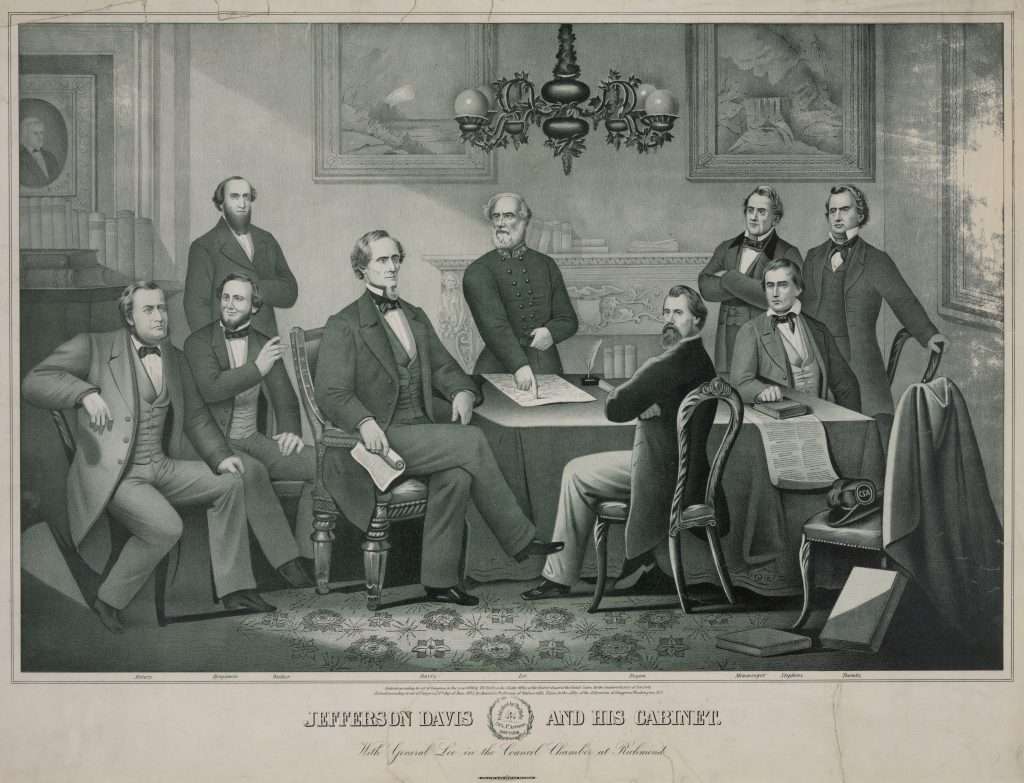 Jefferson Davis and His Cabinet

This print captures the president and cabinet of the Confederate States of America, and Confederate general Robert E. Lee, shortly after the beginning of the American Civil War (1861–1865). Depicted are, from left to right: Stephen Mallory, secretary of the navy; Judah P. Benjamin, attorney general; Leroy Pope Walker, secretary of war; President Jefferson Davis; General Robert E. Lee; John Regan, postmaster; Christopher Memminger, secretary of the treasury; Vice President Alexander Stephens; and Robert Toombs, secretary of state. This print was originally published in New York shortly after the end of the war, but does not include any of the replacement appointments made during the course of the fighting.