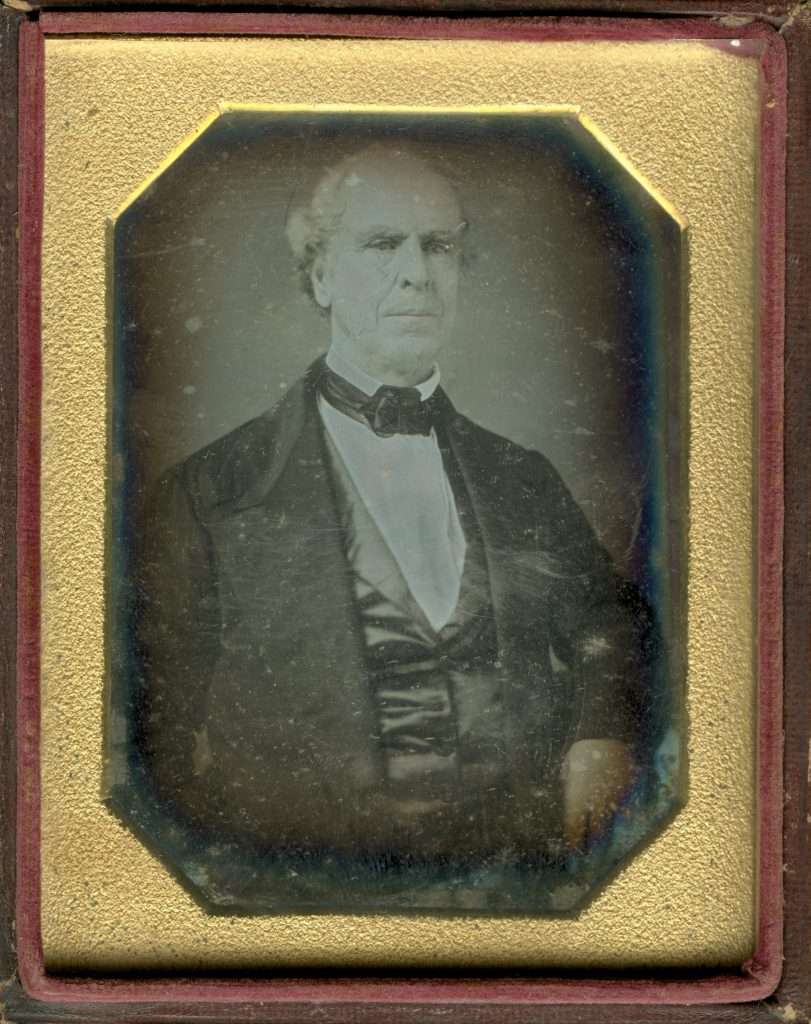 Charles King Mallory, a judge and politician from Elizabeth City County, is the subject of this daguerreotype portrait made in the mid-nineteenth century. Mallory was elected to the Convention of 1861 and signed the ordinance of secession. After the Civil War broke out he became a Confederate colonel. Three of his slaves escaped to Fort Monroe in May 1861 and sought the protection of the commander, Union general Benjamin F. Butler, who defined them as "contraband of war"—that is, property with military value. Both President Abraham Lincoln and Congress approved the First Confiscation Act of August 1861, which permitted the confiscation of any property—including slaves—being used in the Confederate war effort. In an 1871 election Mallory was defeated by Daniel Norton, a former slave, for a seat in the Senate of Virginia.