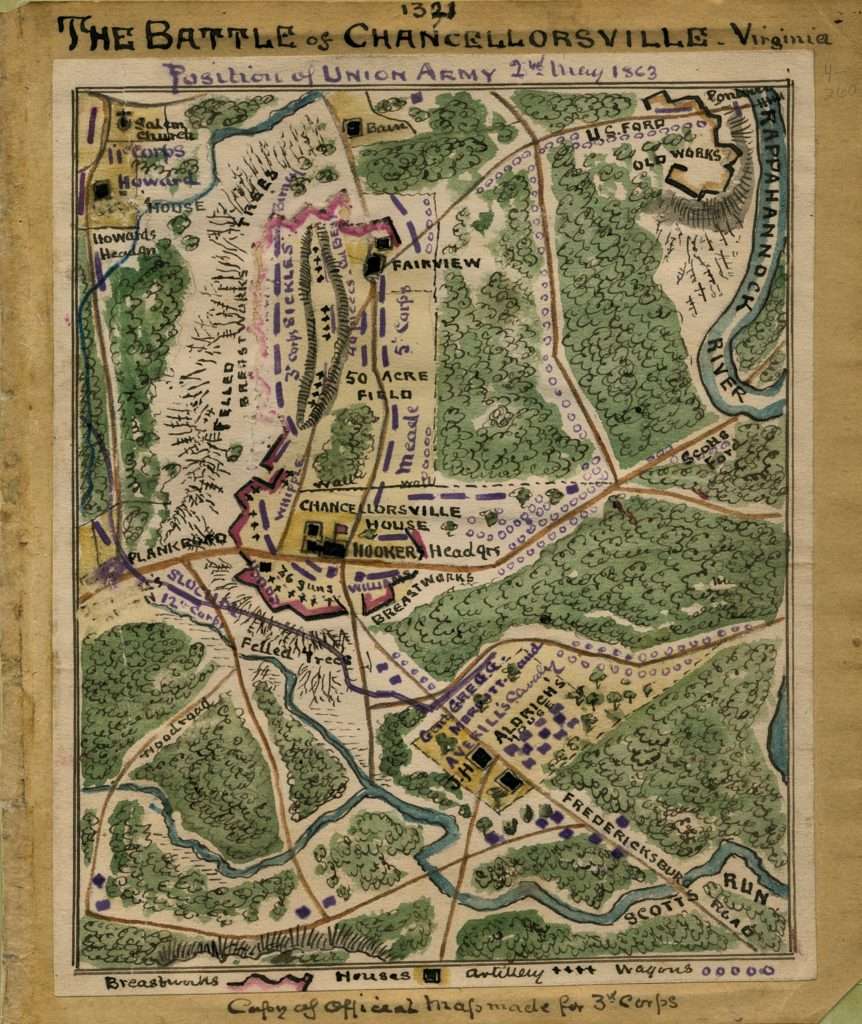 The Battle of Chancellorsville, Virginia: Position of Union Army

The Battle of Chancellorsville (April 10–May 6, 1863) was a significant battle in the American Civil War (1861–1865). Union general Joseph Hooker had been newly given command of the Army of the Potomac, and had set out with his self-proclaimed "finest Army on the Planet" to flank Robert E. Lee and the Army of Northern Virginia. At Chancellorsville, however, it was Hooker who was famously flanked and forced to retreat. This hand-drawn map by Union mapmaker Robert Knox Sneden shows the positions of the Union army, and Hooker's headquarters in particular, on May 2. That same day, Lee successfully split his forces, sending Stonewall Jackson around the Union's right flank, forcing Hooker into eventual retreat, and seizing initiative that Lee would follow north all the way to Gettysburg.