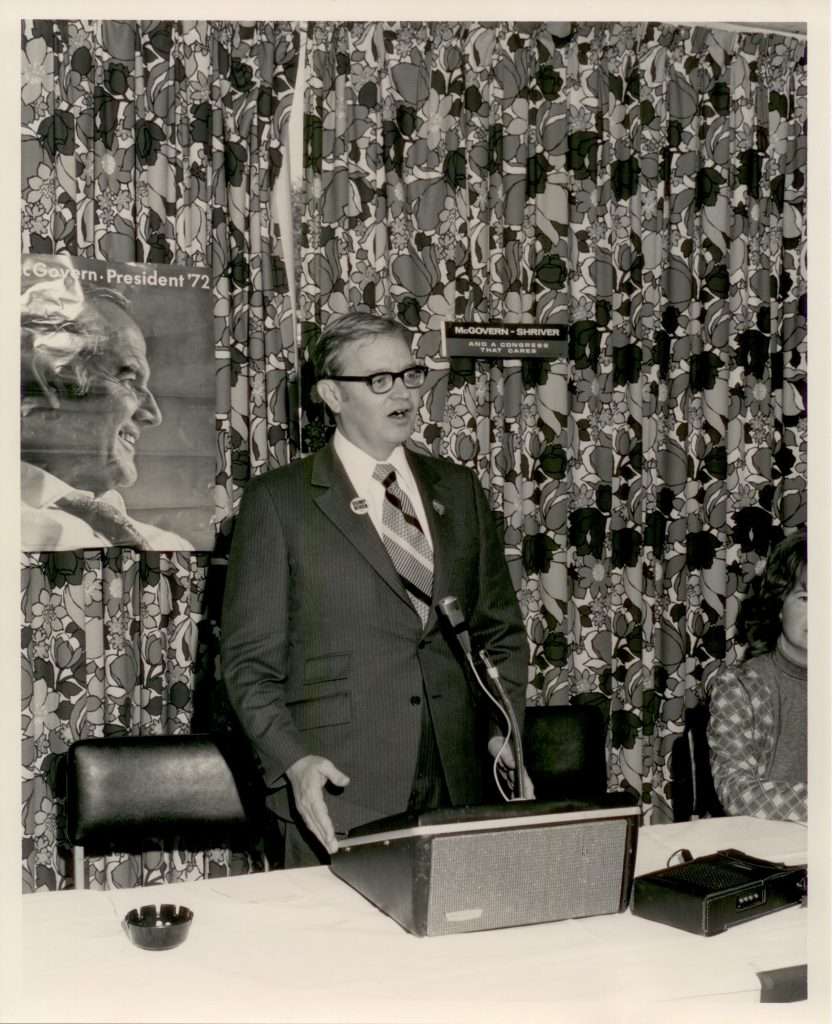 Henry Howell addresses a rally for the presidential candidate George McGovern in 1972. Howell, a liberal, wears a "Dump Nixon" political button on one lapel and a button supporting the McGovern-Shriver Democratic ticket on the other lapel. In the wake of McGovern's massive defeat in the general election, Howell ran for Virginia governor the following year as an Independent rather than as a Democrat.