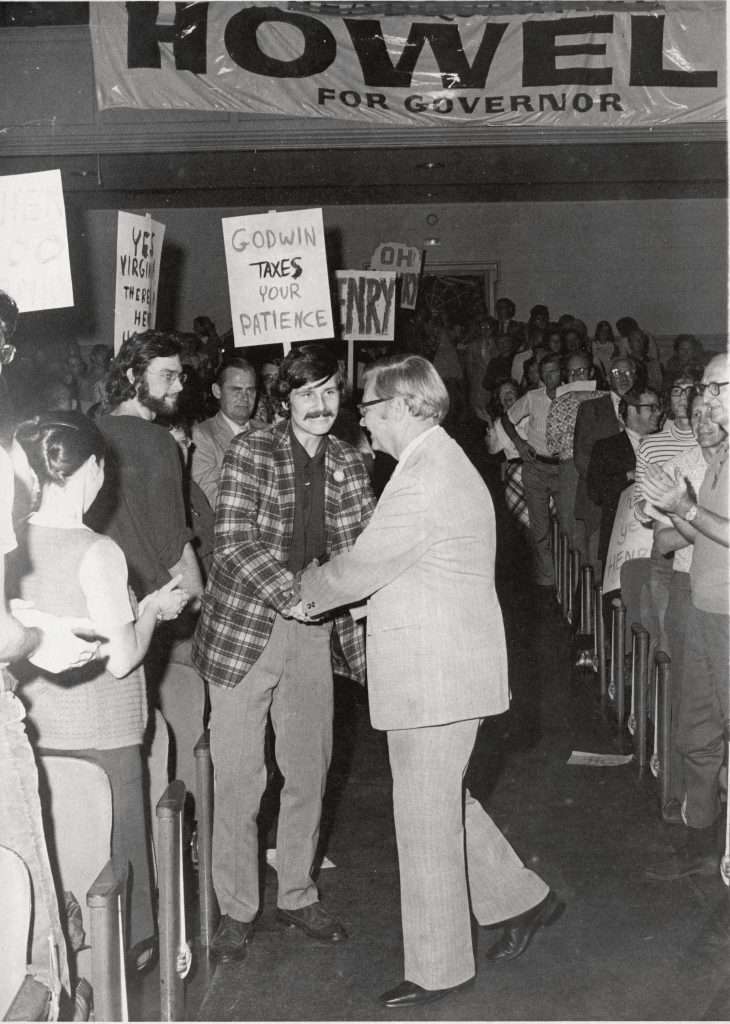 Independent gubernatorial candidate Henry E. Howell shakes hands with James Hershman, who was working for Howell's campaign, during an October 1973 rally held at the old Lane High School in Charlottesville. Hershman recalled the event: "It was a classic Henry Howell rally introducing Howell's campaign film. State Senator Charlie Waddell, backed by a country band, sang 'Rollin' through Virginia on the Howell Cannonball' to the tune of the 'Wabash Cannonball.' I've attended scores of political events in Virginia, none quite like that one." The photograph was published in the October 5, 1973, edition of the Charlottesville Daily Progress.