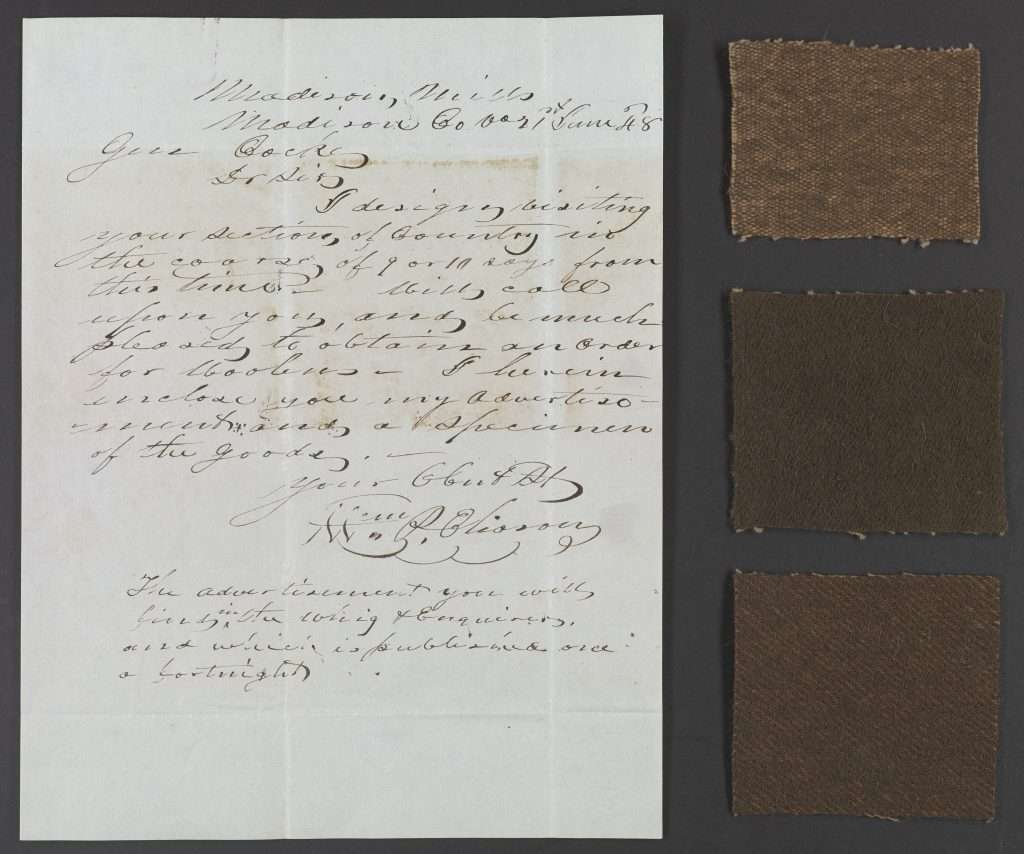 In this letter, dated June 21, 1848, William P. Eliason, a traveling salesman from Madison Mills, in Madison County, writes to John Hartwell Cocke of Bremo Plantation, in Fluvanna County. Eliason states he will be in near Bremo in about nine or ten days and hopes that he might call on Cocke. Eliason, who was selling cloth to plantation owners, enclosed several coarse swatches of wool. According to a handwritten notation on the envelope, the wool was intended for use in making clothing for the enslaved. Also included in his letter, but not shown here, was an advertisement for his wares that appeared "once a fortnight" in several Richmond newspapers, including the Richmond Whig and the Enquirer.