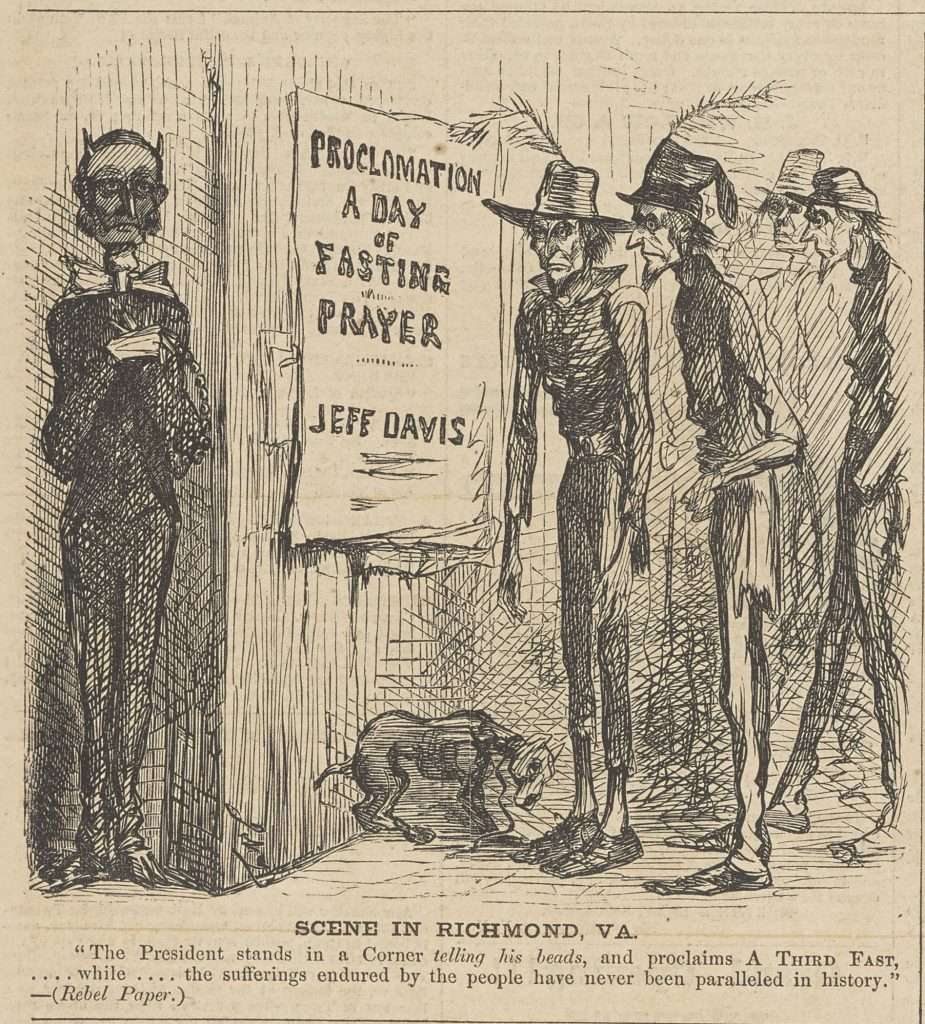 This political cartoon published in the June 7, 1862, edition of Harper's Weekly depicts the Confederate president, Jefferson Davis, on a street corner in Richmond, standing next to a poster declaring "A Day of Fasting [and] Prayer." Davis fingers his prayer beads, though he has Satan-like horns on his head. Gaunt citizens in threadbare clothing and a half-starved dog look on. The caption says that Davis has declared "A Third Fast," notwithstanding the fact that "the sufferings endured by the people have never been paralleled in history."