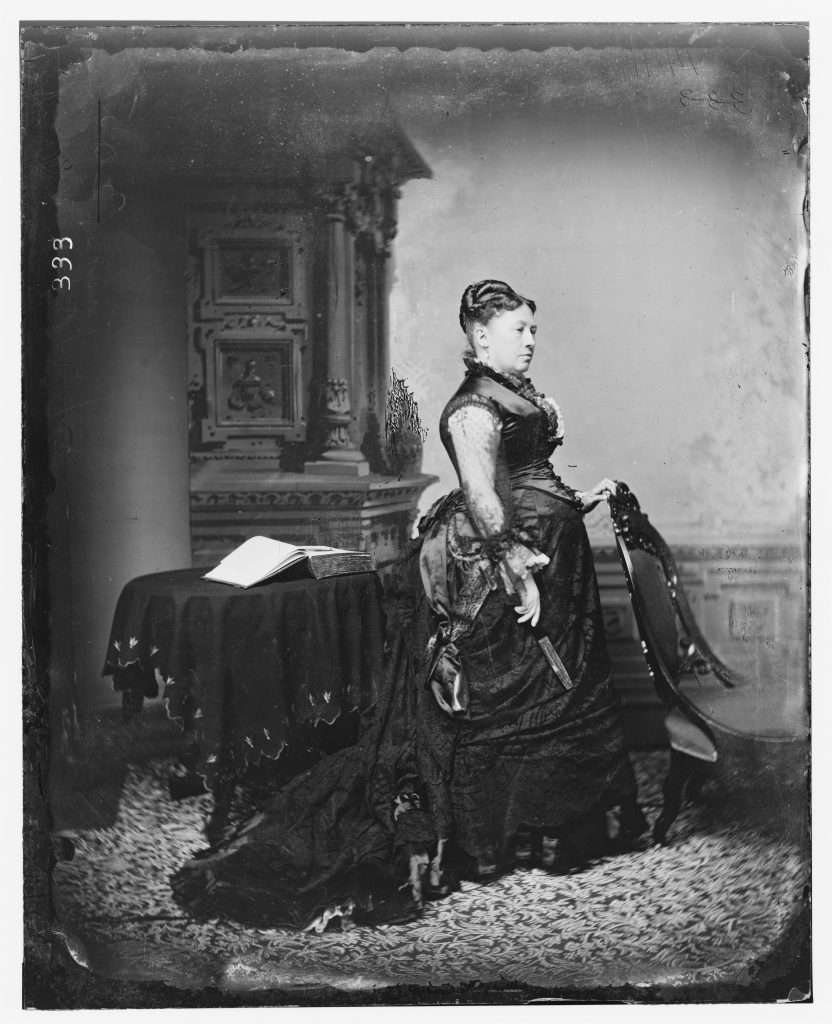 Julia Dent Grant, wife of Ulysses S. Grant, stands in profile, as she did in most of her photos, because she had a wandering eye which she wanted to conceal. In 1848 she married "Ulys," her nickname for the future general and U.S. president. Grant had been her older brother's roommate at West Point. The couple would have four children over the course of their marriage.