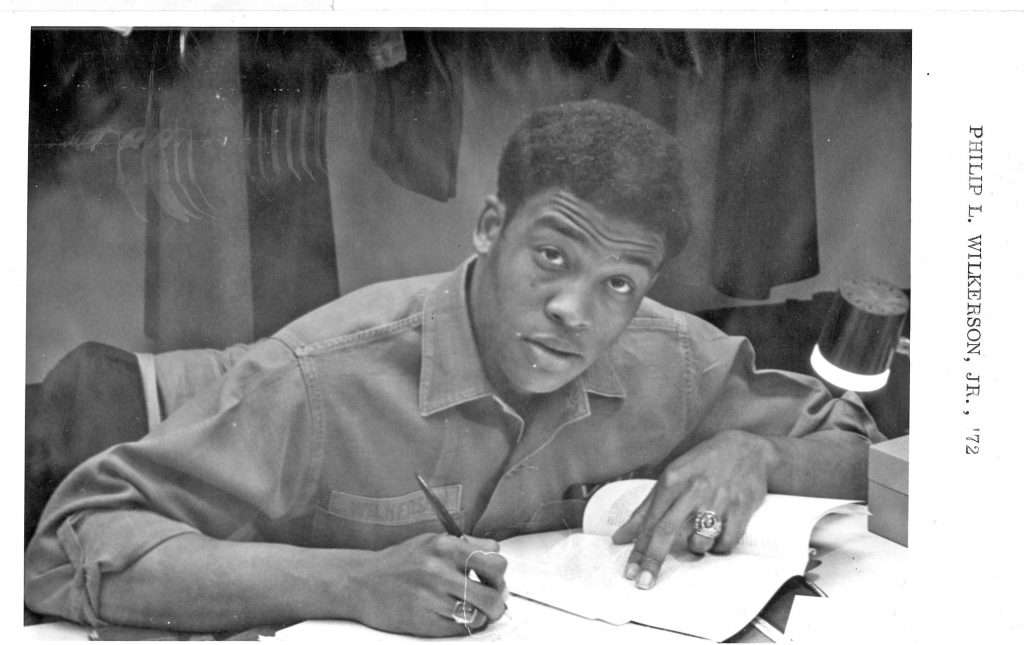 Philip Wilkerson Jr., history major in the class of 1972 at the Virginia Military Institute, is shown studying. Wilkerson was one of five African American students who enrolled at the state-supported school in Lexington in 1968. They were the first African Americans to be admitted to the school, which was founded in 1839.