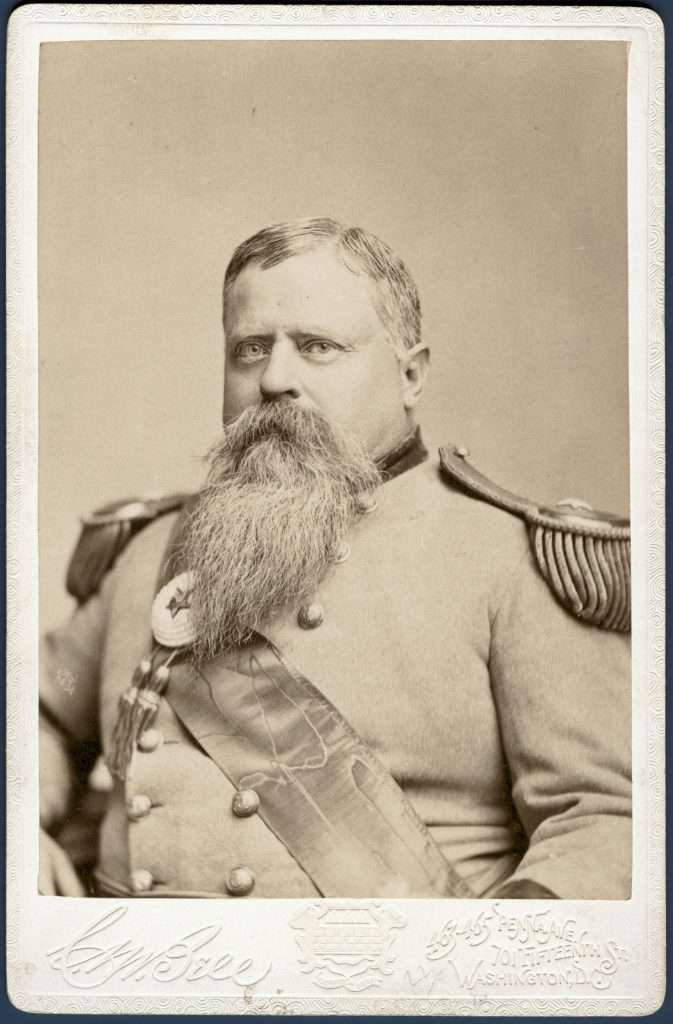 Dressed in military regalia that includes elaborate epaulets and a sash across his ample girth, ex-Confederate general Fitzhugh Lee sits for a late nineteenth century portrait in Washington, D.C. The nephew of Robert E. Lee, "Fitz" Lee commanded the cavalry of the Army of Northern Virginia during the last months of the Civil War. Neither an innovative tactician nor an astute strategist, he achieved modest success during his Confederate service. He later served as governor of Virginia (1886–1890), and eventually became a national hero thanks to his well-publicized promotion of American interests as United States consul general in Havana, Cuba, on the eve of the Spanish-American War (1898). At the time of his death he was hailed as "Our Dear Old Fitz," a celebrated symbol of postbellum reconciliation.