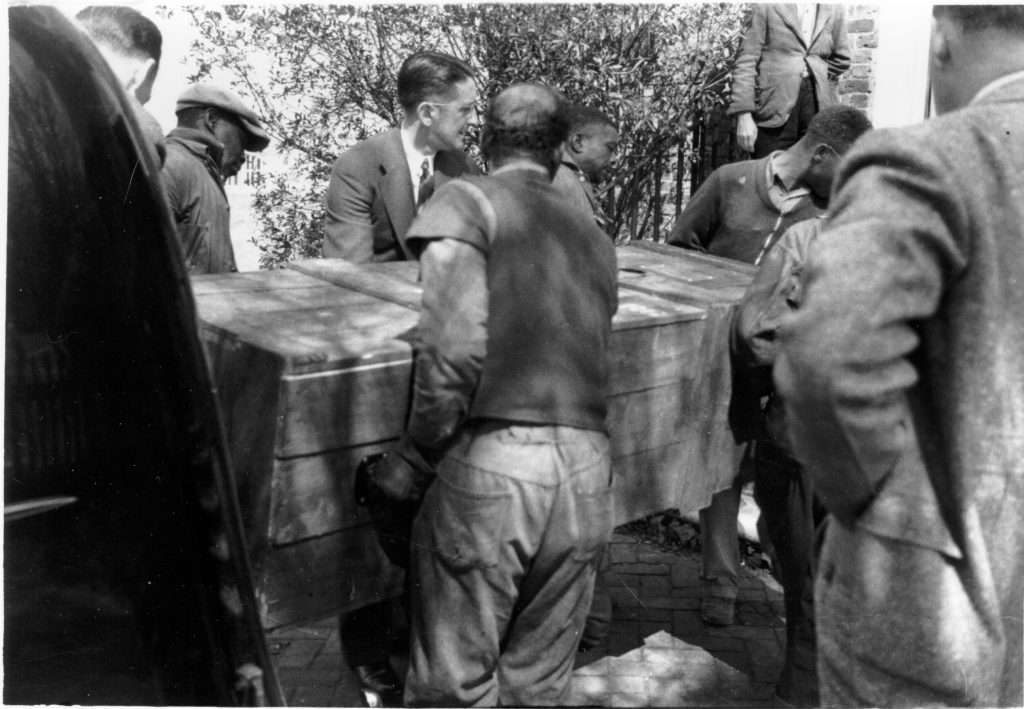 In a photograph taken in 1939, African American workmen and several white officials from the College of William and Mary carry a coffin containing the remains of Thomas R. Dew into the College of William and Mary chapel. Dew, an ardent supporter of the institution of slavery, was the president of the college from 1836 until his death in 1846. Dew died in Paris and was buried there, but ninety-three years later he was reinterred at the college.