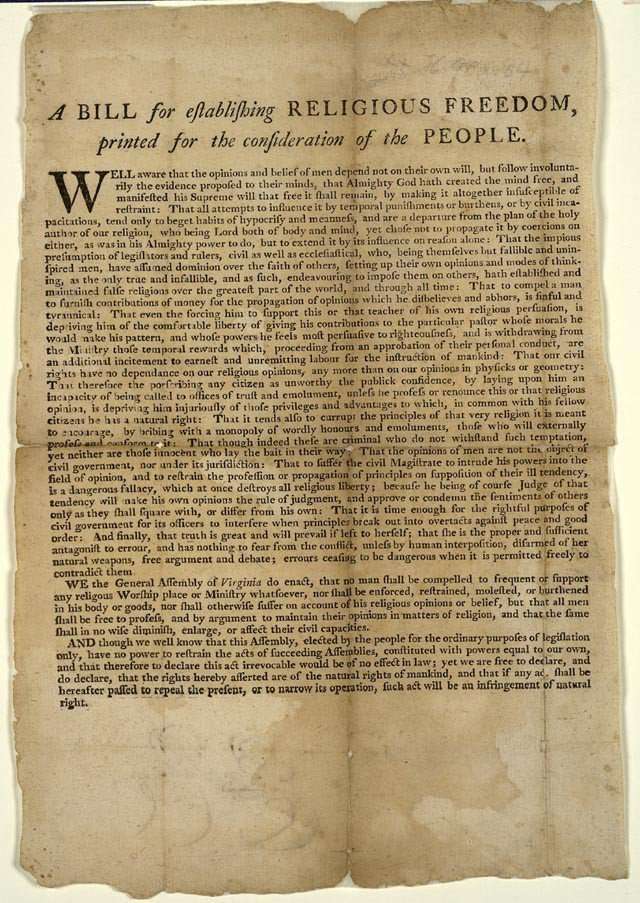 This broadside, printed in Williamsburg in 1779, is the earliest known printed version of Thomas Jefferson's proposed bill to establish religious freedom in the Virginia colony. The bill states that "no man shall be compelled to frequent or support any religious Worship place or Ministry … nor shall otherwise suffer on account of his religious opinions or belief …" In addition, Jefferson wrote that "to compel a man to furnish contributions of money for the propagation of opinions which he disbelieves and abhors, is sinful and tyrannical." Though the bill was first introduced into the General Assembly in 1779, it was extremely controversial and was not enacted until 1786, when it passed "with some mutilations in the preamble," according to Jefferson. He considered the Act for Establishing Religious Freedom one of his greatest achievements and had it listed—along with the Declaration of Independence and the creation of the University of Virginia—in his epitaph.