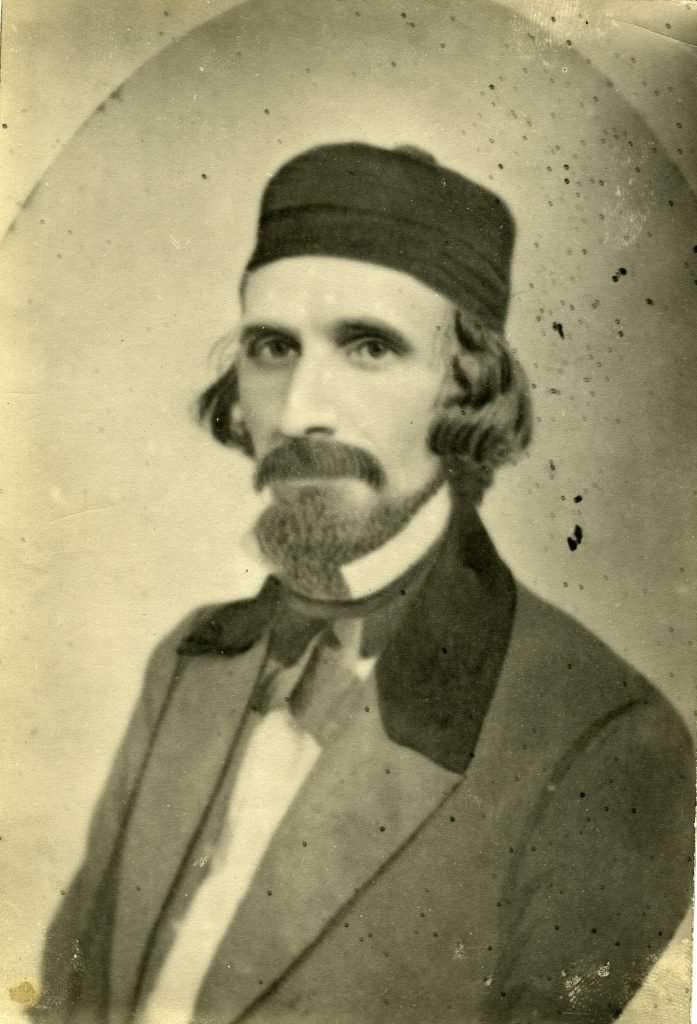 James A. Seddon, Confederate secretary of war for much of the Civil War, wears an unusual brimless hat in this undated photograph that is part of the Cook Collection at the Valentine Richmond History Center. Born in 1815 near Fredericksburg, Virginia, Seddon went on to study law at the University of Virginia and became involved in politics beginning in the 1840s. He was a strong advocate of secession and served as Confederate secretary of war from November 1862 until his resignation in January 1865.

In the wake of the Richmond Bread Riot—instigated by a mob of hungry women on the streets of the Confederate capital on April 2, 1863—Seddon implored the local press not to publish accounts of the disturbance for fear it would fuel Union propaganda and undermine morale at home. But Union prisoners of war being held in the city reported what they saw and the New York Times ran a front-page article on April 8, 1863, under the headline: "Bread Riot in Richmond. Three Thousand Hungry Women Raging in the Streets. Government and Private Stores Broken Open." A just-released Union prisoner recounted that from his prison window he had seen angry women "armed with clubs, guns and stones." Despite Seddon's attempt to muzzle the press, the bread riot in Richmond was not an isolated affair. Shortages and hunger were rampant in the South and similar revolts took place in Atlanta, Augusta, Columbus, and Macon, Georgia; in Salisbury and High Point, North Carolina; and in Mobile, Alabama.

After the war Seddon was briefly imprisoned before returning to his plantation, Sabot Hill, in Goochland County, Virginia, where he lived quietly until his death in 1880.