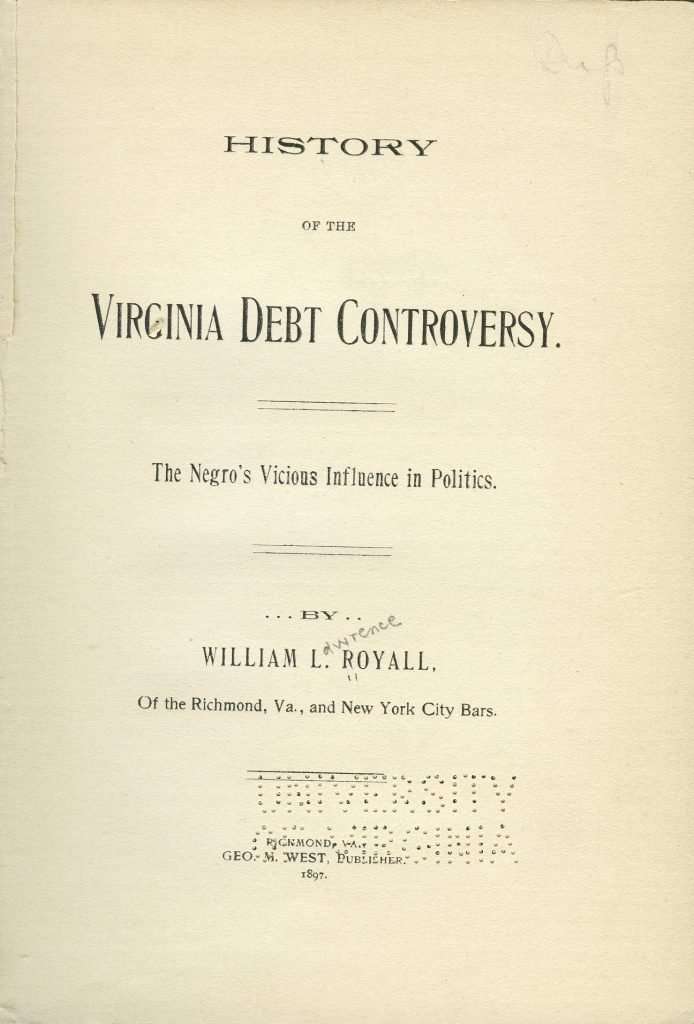 History of the Virginia Debt Controversy. The Negro’s Vicious Influence in Politics.

This is the title page of William L. Royall's History of the Virginia Debt Controversy. The Negro's Vicious Influence in Politics (1897). Royall, a lawyer who practiced in Richmond and New York, argues in the book that the short-lived Readjuster Party and its leader, William Mahone, who supported reducing the debt owed by the state after the Civil War, had damaged the reputation of the state. Newly enfranchised African American voters overwhelmingly supported the Readjuster Party, leading Royall to write in his preface that "the old and true Virginia acted a very heroic part" in the debt controversy but that the state had been tarnished by "the cruel wrong of negro suffrage" that "had been inflicted upon her."