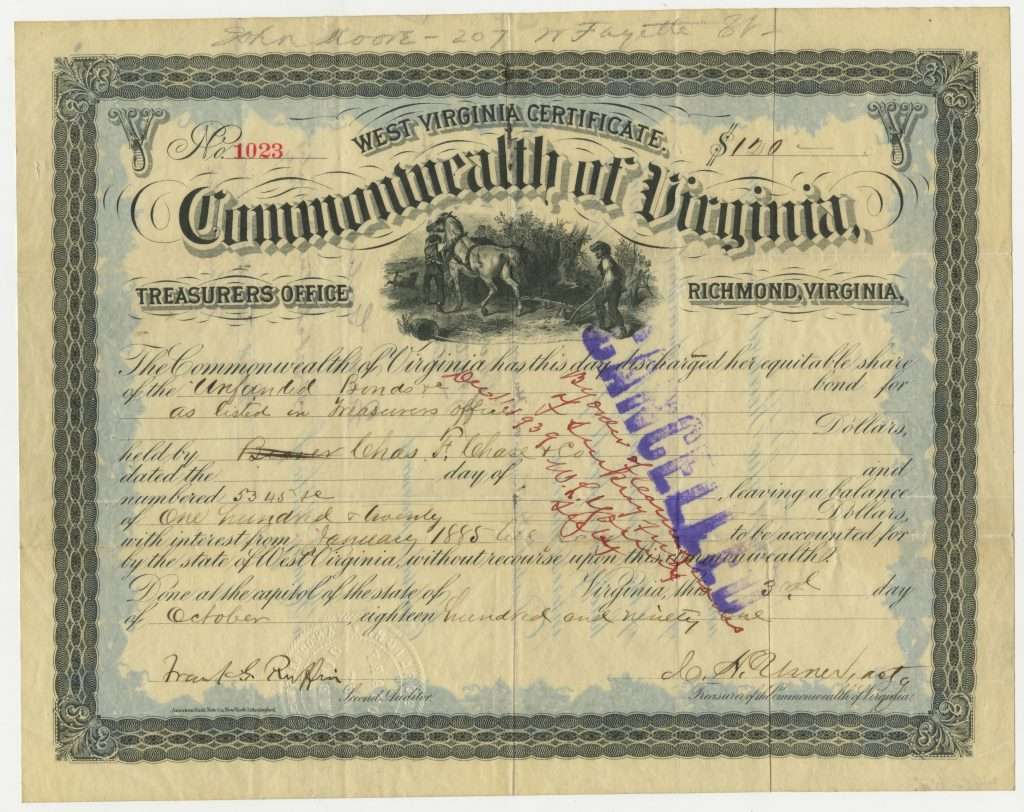 This West Virginia certificate, also known as a deferred certificate, was issued on October 3, 1891, by the treasurer of the Commonwealth of Virginia. The document states that $120, including interest dating from January 1885, was "to be accounted for by the state of West Virginia, without recourse upon this commonwealth" to the holder of the bond, Chas. F. Chase & Company.

This type of financial instrument was created to deal with the post–Civil War controversy over the state debt Virginia had generated between 1822 and 1861 and the subsequent interest that had accrued. Virginia held West Virginia—a former part of Virginia that became a separate state in 1863—accountable for part of the debt leading to a decades-long legal battle. Virginia's General Assembly passed the Funding Act of 1871, which provided that antebellum stockholders were to receive new bonds from Virginia for two-thirds of their holdings and a certificate—known as a West Virginia certificate—for the remaining one-third, which would be the responsibility of West Virginia. The act was amended in subsequent years, and the debt controversy between the states was not resolved until 1919.