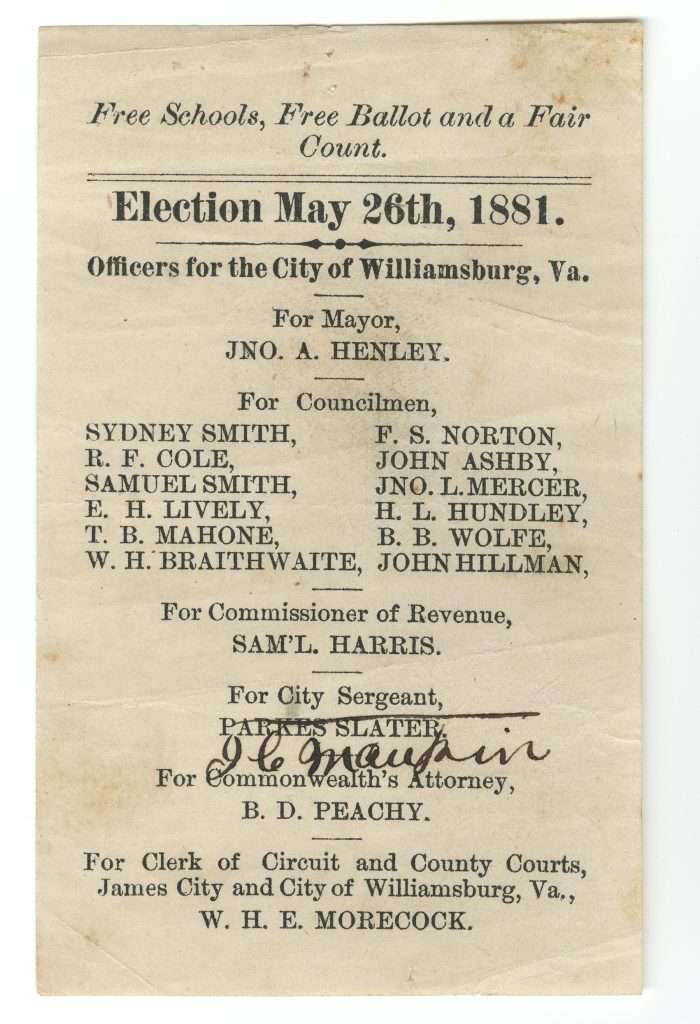 An 1881 broadside for John A. Henley, the incumbent mayor of Williamsburg, lists the full slate of city candidates running with him for the May 26 election under the campaign promise: "Free Schools, Free Ballot and a Fair Count." Henley served as mayor from 1879 until 1896. Among those running for city council were Frederick S. Norton, a former slave who had been on the Williamsburg City Council since at least 1879 and who had served one term in the House of Delegates from 1869 until 1871.