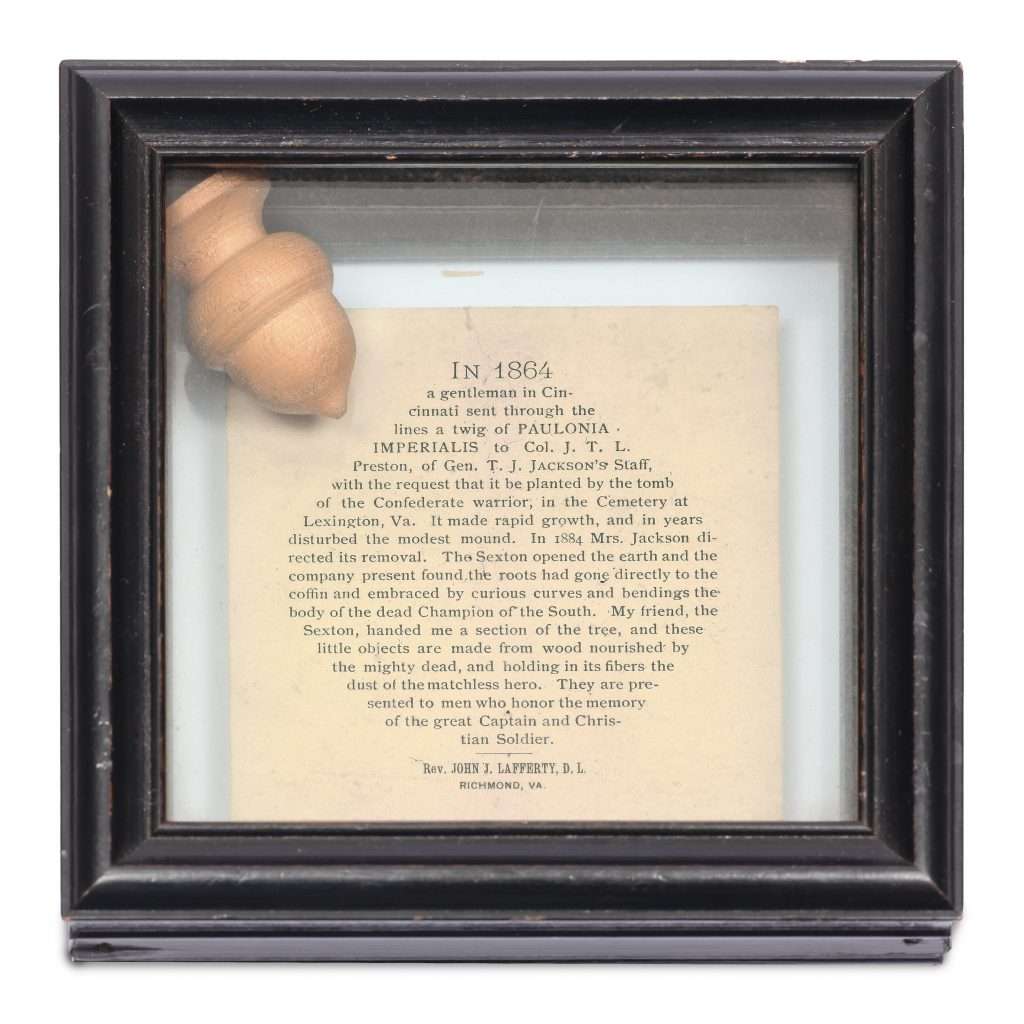 A piece of wood carved into the shape of an acorn is a relic of Stonewall Jackson. The printed card in the box holding the acorn narrates the story of how, in 1864, an ardent fan of the dead Confederate general asked to have a twig planted near Jackson's tomb in Lexington, Virginia. The planting thrived and grew into a tree that "had gone directly to the coffin and embraced by curious curves and bendings the body of the dead Champion of the South." At the behest of Jackson's widow the invasive tree was removed in 1884, but a section of it was given to Reverend John J. Lafferty of Richmond, who had these objects made from the "wood nourished by the mighty dead, and holding in its fibers the dust of the matchless hero." These relics would then be "presented to men who honor the memory of the great Captain and Christian Soldier."