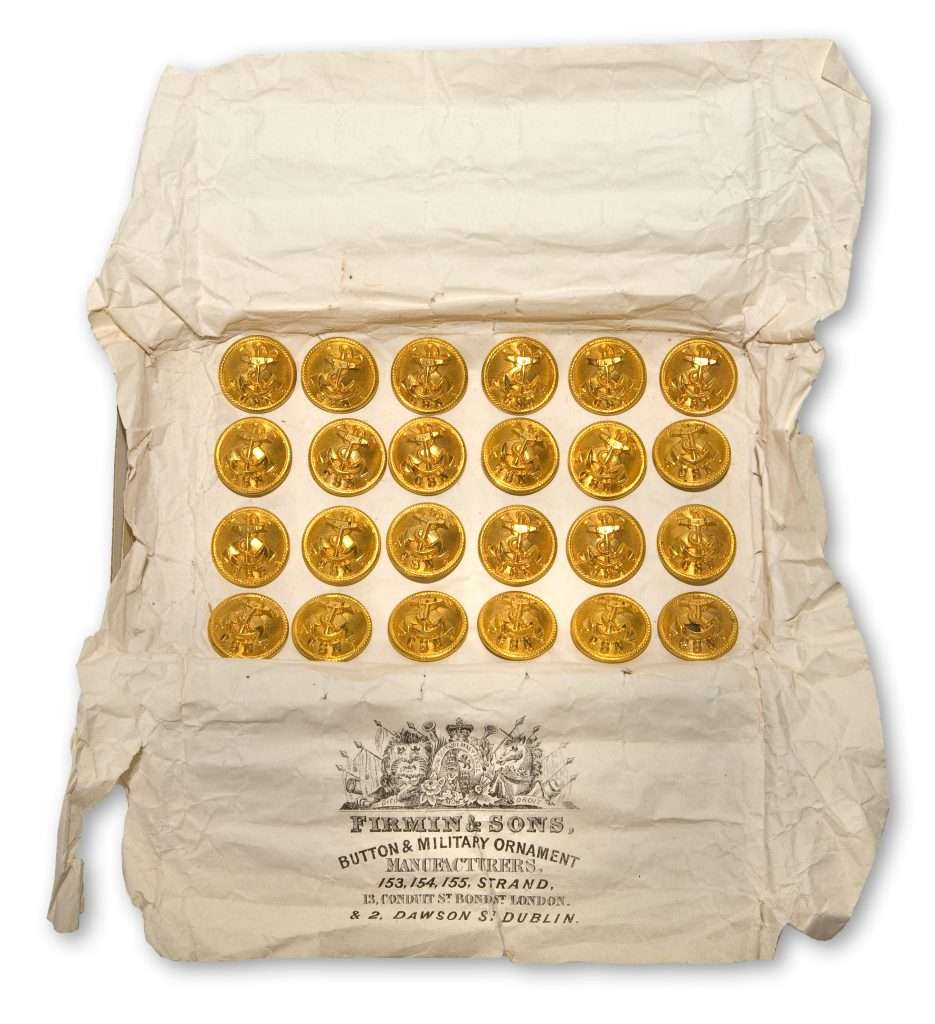 These unused gilded brass buttons, intended for use on Confederate States Navy regulation uniforms, feature anchors atop crossed cannons with the acronym "CSN" below. Though few official items of clothing from the Confederate States Navy survive, this set of twenty-four buttons remains in its original packing. The buttons were made for the Confederate Navy in England by Firmin & Sons, military ornament manufacturers, and were part of a large consignment of goods diverted to Bermuda after the Civil War ended. W. H. Griset, a merchant of Hamilton, secured all the buttons, and during a period of some twenty years sold a number of them as Civil War souvenirs to those Bermudians who remained sympathetic to the Confederate cause.