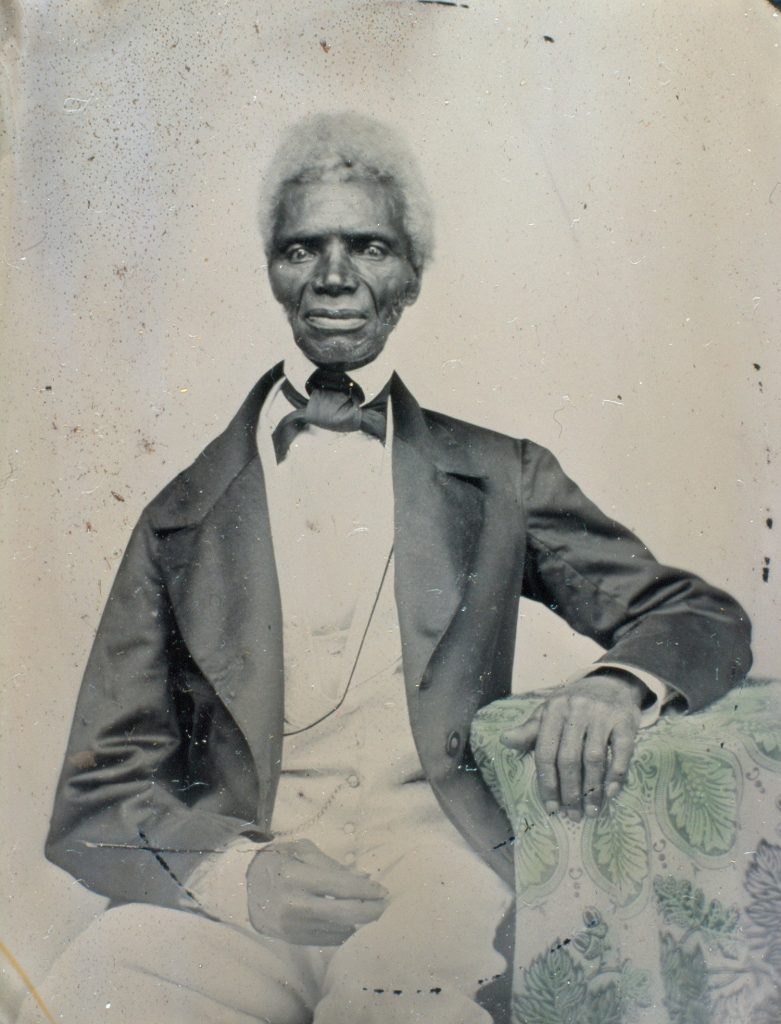 Tom, a formerly enslaved man whose last name is unknown, sits for a photographic portrait in the 1860s. Tom was probably a member of the enslaved community owned by the Custis estate; some of those people labored on the various farms at Mount Vernon, while others worked on the far-flung farms owned by the Custis estate and overseen by George Washington. Tom was inherited by George Washington Peter, the son of Martha Washington’s granddaughter Martha Parke Custis Peter and Thomas Peter. During the Civil War, Tom ran away from George Peter’s home in Maryland and found refuge with a group of abolitionists who had this photograph taken.