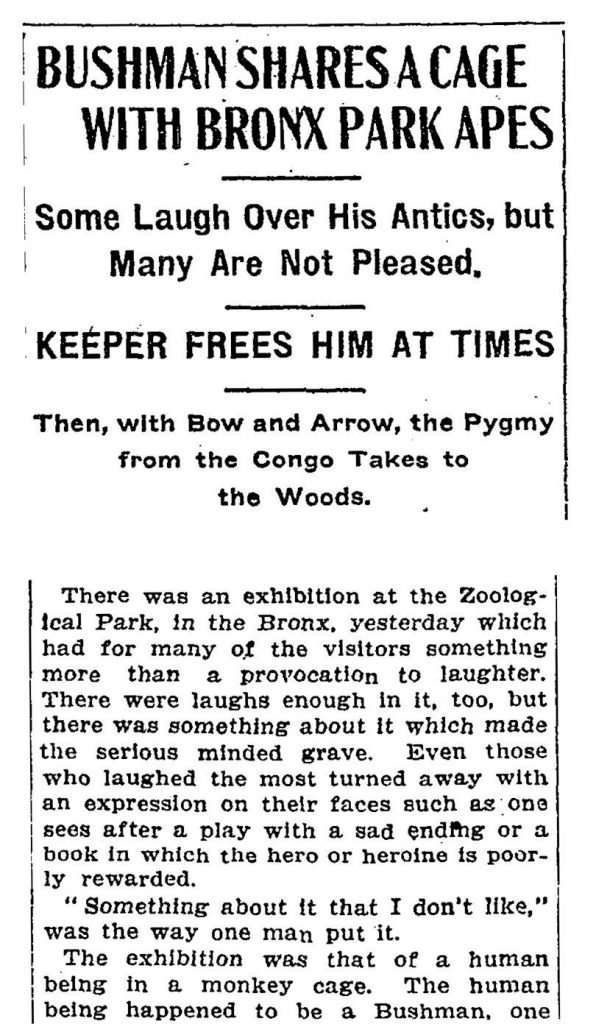 A September 9, 1906, story in the New York Times describes an exhibition at the Zoological Park in New York City (also known as the Bronx Zoo) in which a Congolese Pygmy named Ota Benga was placed in the same cage with an Asian orangutan, several chimpanzees, and a parrot. The headline of the story, "Bushman Shares a Cage with Bronx Park Apes," includes the sub-head, "Some Laugh Over His Antics, but Many Are Not Pleased." In the article the reporter notes,"Even those who laughed the most turned away with an expression on their faces such as one sees after a play with a sad ending…" A public backlash to the spectacle led to the closing of the exhibition by the end of September.