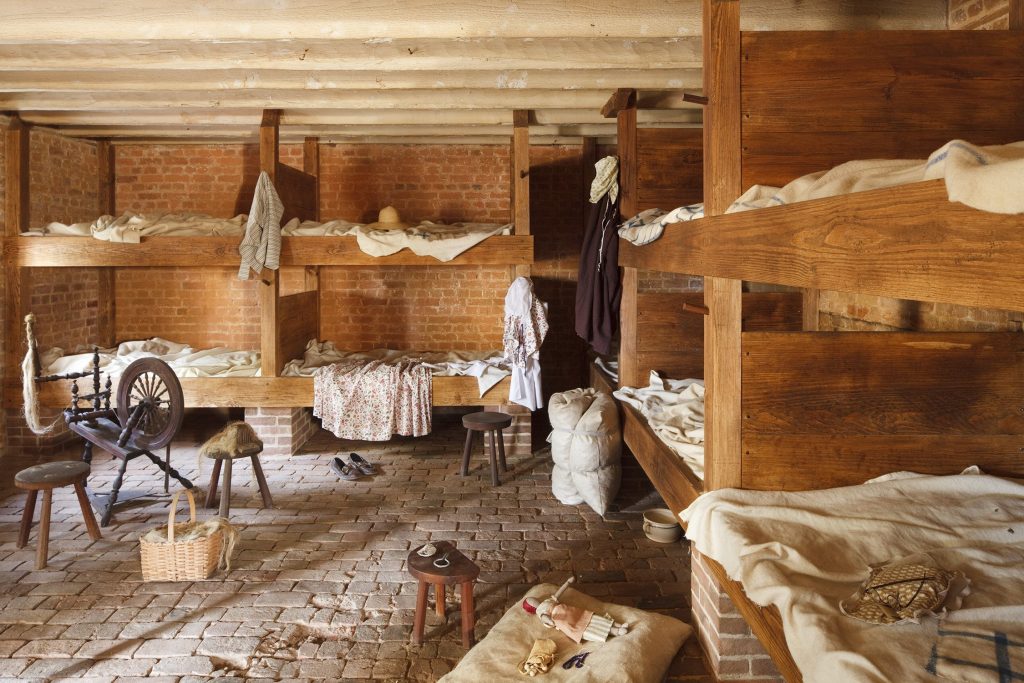 This bunkroom is part of the reconstructed Greenhouse Slave Quarters at Mount Vernon, George Washington's Fairfax County plantation. The brick greenhouse at the estate was completed in 1787, and single-story wings were added in 1791 and 1792 to house the highly skilled slaves who worked in or near the mansion. Mansion House Farm, one of five farms on the nearly 8,000-acre estate, was less an agricultural enterprise than a bucolic country seat for the master and his family. Slaves who lived in the outlying farms lived in much poorer conditions. This building was reconstructed in 1951 on the site of the original, and in 2011 the interior furnishings, including the bunks, were installed.