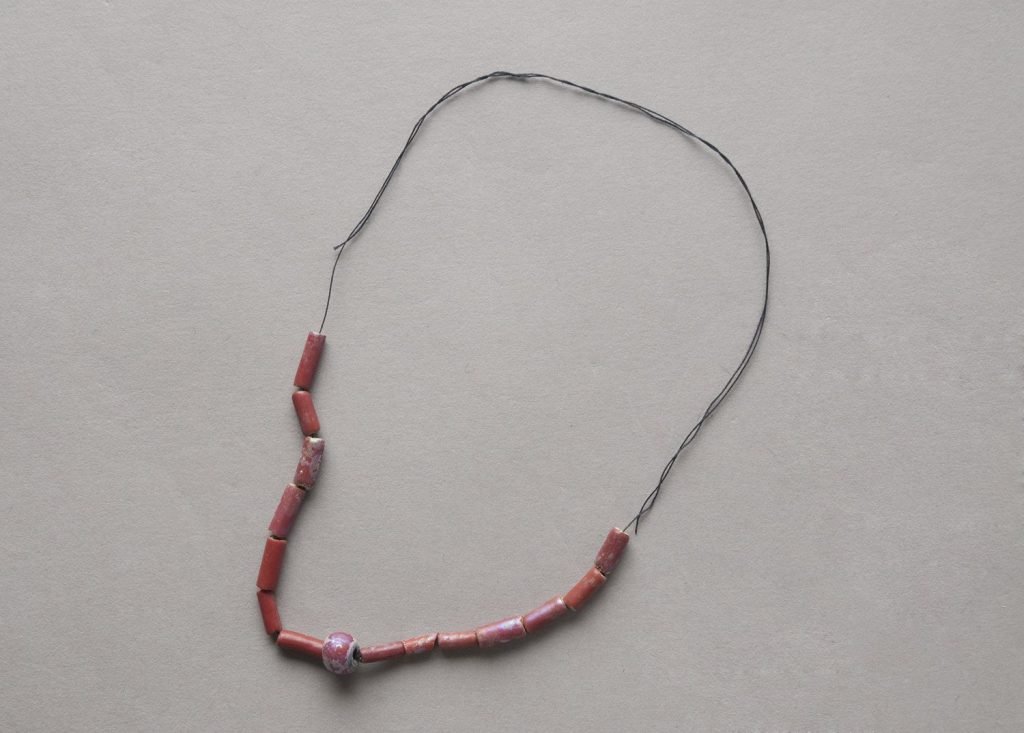 These red glass beads were excavated from the South Grove Midden, an eighteenth-century communal trash deposit at Mount Vernon that formed from the daily lives of enslaved and free people living on the estate. (The beads were strung after the excavations.) Beads were an adornment used by both African Americans and whites as a means of personal expression. Red beads similar to these were also excavated from the cellar beneath the House for Families slave quarter.