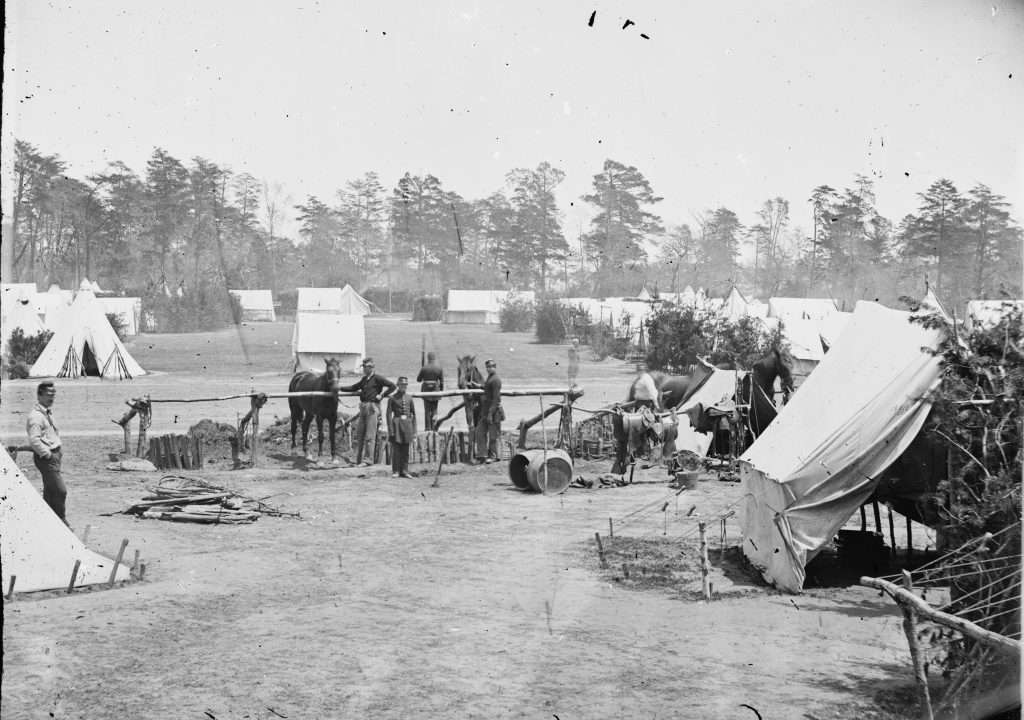 Union soldiers stand in front of Camp Winfield Scott, a tent encampment near Yorktown that served as the headquarters of Union general George B. McClellan. James F. Gibson took this glass-plate negative on May 3, 1862, one of a series of images he made of Union forces during the Peninsula Campaign.