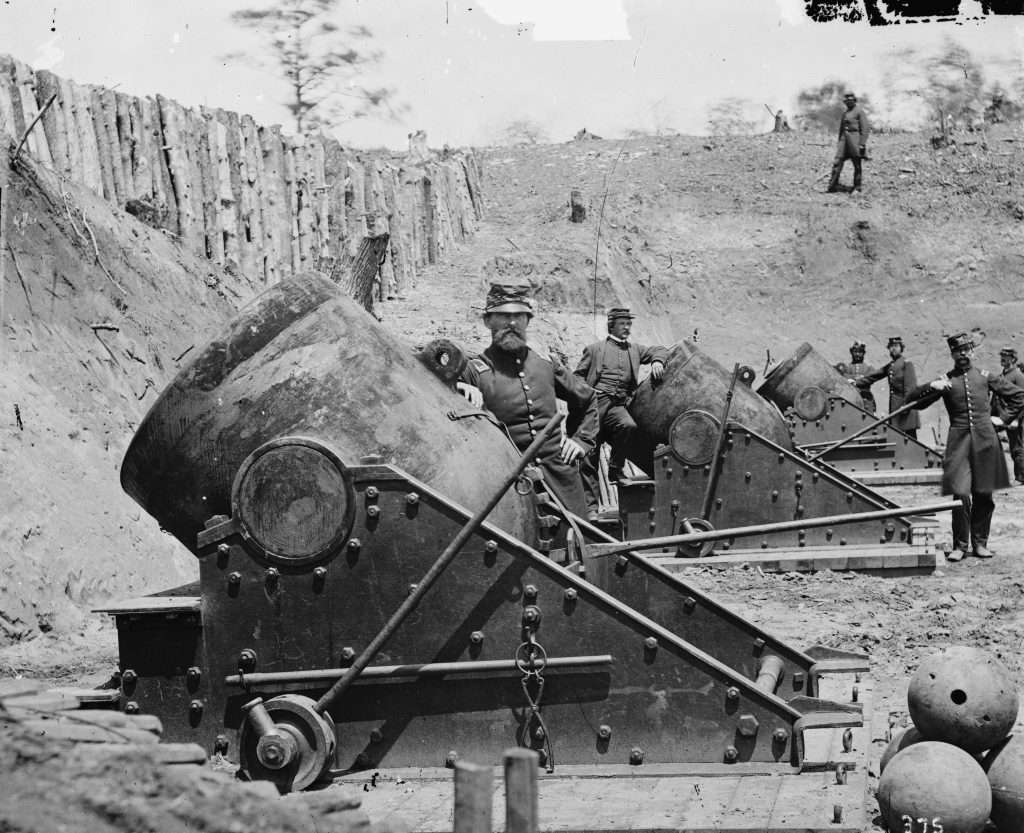 Union Battery No. 4 Near Yorktown

Union officers of the 1st Connecticut Heavy Artillery pose beside thirteen-inch mortars, each weighing about 20,000 pounds, emplaced for a planned assault on Confederate forces at Yorktown on May 4, 1862. Aware of the Union's superior artillery and the impending bombardment, the Confederates withdrew to Williamsburg on the evening of May 3.

The photographer James F. Gibson took a series of glass-plate photographs of the impressive Union field works and heavy artillery set up near Yorktown for the intended bombardment.