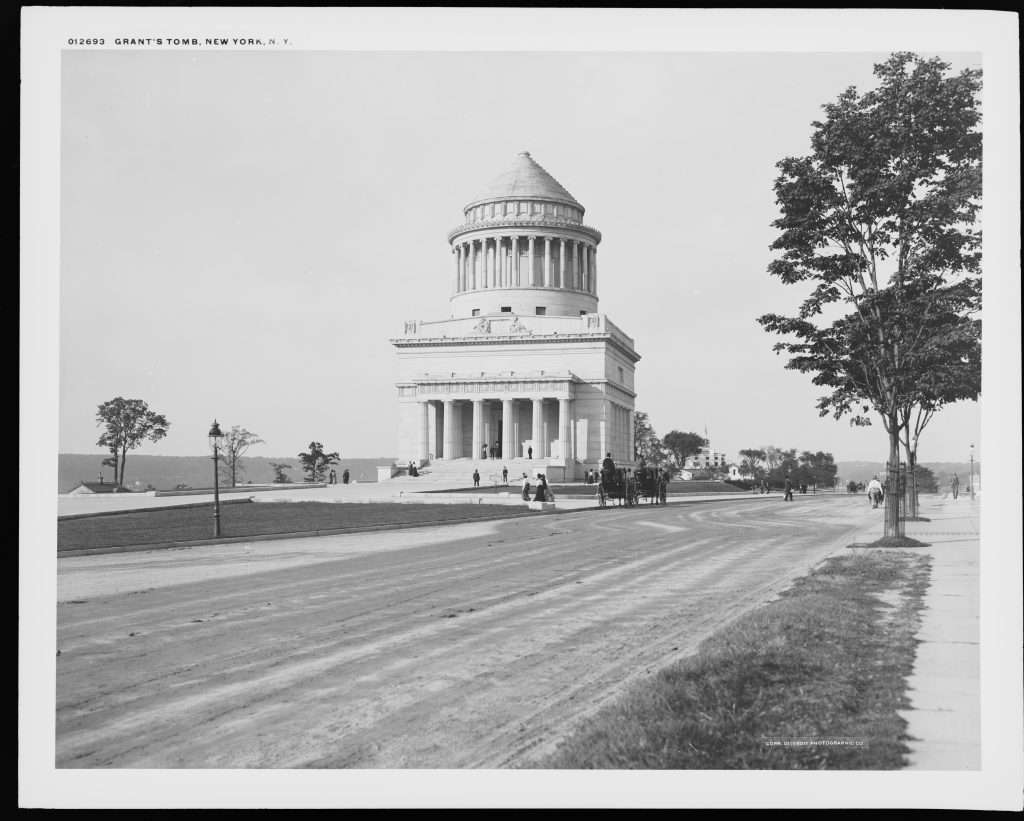 A view of Grant's Tomb on 122nd Street and Riverside Drive in New York City's upper Manhattan at the turn of the twentieth century. Despite its name, the final resting place for both Ulysses S. Grant and his wife, Julia Dent Grant, is not technically a tomb since the pair lie in elaborate above-ground twin sarcophagi and are not buried underground. The scale of the memorial—it is the largest mausoleum in North America—is a testament to Grant's popularity at the time of his death. The designer John Duncan modeled the structure on the Mausoleum at Halicarnassus, one of the Seven Wonders of the World. New York City, where Grant lived the last four years of his life, won out in a competition over where it should be built. Though Grant's Tomb is no longer a great tourist attraction, it was a huge draw after it first opened in 1897 and, for a time, was even more popular than the Statue of Liberty.